About Violence Against Women

Stand On Your Power

This is addressed to every woman all over the world who suffers scorn and humiliation quietly from the male chauvinist’s arrogance, being him her partner, father, boss or anybody thinking that holds a position of power over her or that feels superior to her.

I would say to you, stand up in your power, be aware who really you are and value yourself, feel your feminine energy which is very powerful and creative. You are the Goddess of this sad and distressed world, the mothers of all human beings, carrying life in your womb.

Don’t let anybody for even a second tell you what you should do or think, or how you should act, dress or speak any more. Male does not hold any power over you, only the power you want to give him.

Women Will Be Valued for What They Truly Are

One day man will see woman as his mate, sister, friend, o his other part, exactly like him. One day woman will be valued as she really is. Yes, one day she will not be any more a sexual object or a domestic slave for all the things the male chauvinist energy cannot do or does not want to do.

The power of your sexuality is not even known, a power that was the only tool men could have to contact God until recent times.

Man should be more humble and recognise the real value of women so that he could learn from them. When this has been achieved, I think the world may change.

Women in a Chauvinist Macho-Oriented Society

I think it is time to finish this. Until now this world has been ruled by male chauvinist society’s guidelines which are led by the male chauvinist mindset where violence and arrogance are tools to dictate the rules. But this is coming to an end because the energy of the Goddess has come back. The female energy which was eradicated from the planet by the overlords thousand years ago, HAS COME BACK!

It has been said women have soul only in recent times. They did not just have right to vote but also they had no soul. They could not also inherit. Their only allowed goal in their lives was marriage orentering a convent. Some women still have cut off their sexual organs in certain countries in the XXI century because they do not have either right for pleasure.

Our beloved Mary Magdalene was ostracized because she was a woman, while she actually was Jesus’ wife, her friend, her lover, her disciple, heiress of his teachings. And history presents her to the world as a prostitute. 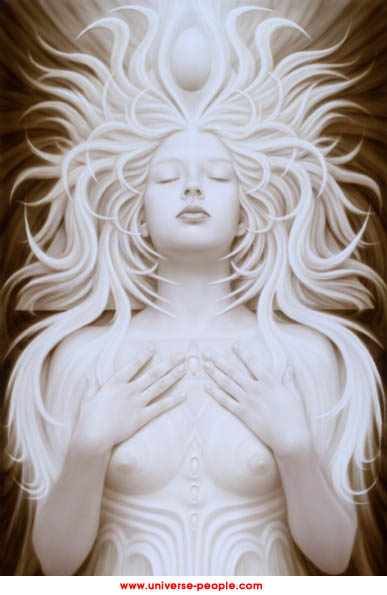 Up until few years ago there were some institutions called «Maggies’ or Magdalenes’ laundries» in Ireland, where women were imprisoned since girls and condemned to wash clothes for the whole life in extremely low conditions because of very insignificant acts such as making plans of marriage with a protestant man or going out many times to cinema with a boy.

And what about all those little girls in many countries all over the world who become sexual slaves since they are children to satisfy the tourists’ degenerate and insane desires who in order to quench their lust and in their low morality, see this as another enjoyment for them.

Men Need to Awaken Their Feminine Side

The male chauvinist energy is dying because there is no place for it in the New World we are creating and in its dead throes it wants to take away everything it finds in its way. This is the reason why so many women are being killed. Protect yourselves of this energy!

Wake Up, Women: The Goddess Has Returned!

Wake up women in the world, be aware of your power and do not let anybody take it away from you.

You power is based on the love you only know to give, on the compassion you only know to grant, on your generosity, on your innate wisdom, on your creativity which is able to make a sanctuary of love and peace from the humblest home in this world.

The energy of the Goddess has returned and with her cloak of Light and Love is covering everywhere and reaching the darkest and hidden places in this world.

Be the Goddess within and so we can eradicate the violence and the male chauvinist energy all over the world!