Islands of Light and the Waves of Ascension

Vision 2012:
Islands of Light and the Waves of Ascension 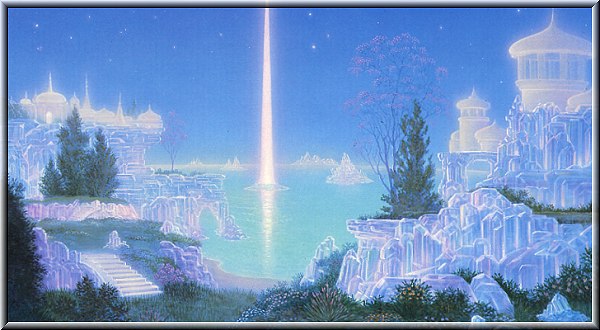 Original Title: "Vision 2012."  Original in Slovenian, this English version is a translation by the author.
Published here by request from the author.  First published in this website on February 3, 2004.

"I live and work in Slovenia, Europe. I lead Galactic Tantra seminars and ama Cosmic astrology consultant. I began leading workshops about twin souls in 1993 and was very active in the following few years spreading messages from the Ascended Masters about the transformation that Earth is entering into. I also wrote a book about this transformation called " Ascension Star" in Slovenian language. I translated it into English also but has not yet been published outside Slovenia. I spread knowledge about tantra, Light Body Activation, telepathic communication, group merger process and other higherdimensional teachings on group meetings and workshops in Slovenia, Croatia, Hungary, Italy, Germany, Czech Republic, Ireland and USA. I like to do workshops worldwide and I can travel anywhere if there are people interested to hear what I have to say. I am enclosing my program of activities. My contact phone number is celular: 386 40 236 600 and my email is antarion@volja.net .
"The source of my information is Ashtar and Krotron of the Ashtar Command, the Pleiadians and a physical source that once belonged to the Resistance Movement. I belong to the Antara StarFamily that originates from the Pleiades."

The System Crumbles Down

It will begin suddenly, without warning.  Many scandals that will disclose the true backgound about how the System works will shake human masses.  Disclosures about how international energetic megacompanies earn billions selling oil, preventing at the same time theinventions of free energy to come to public.  Disclosures about pharmaceutical trusts that earn money with "healing" diseases that are spread with viruses created in hidden laboratories. Disclosures about efficient cures for AIDS, cancer and other diseases that are known for quite some time, unknown to human masses. And about world media and censorship there, which is a logical consequence of a fact that few individuals own most worldly known newspapers, media and telecommunication companies. And finally disclosures about a Secret World Government that has most prominent politicians as its puppets and which creates profit out of wars and human suffering for millenia, a small group of beings that you work for in your jobs and voluntarily give them a significant amount of your monthly salary. 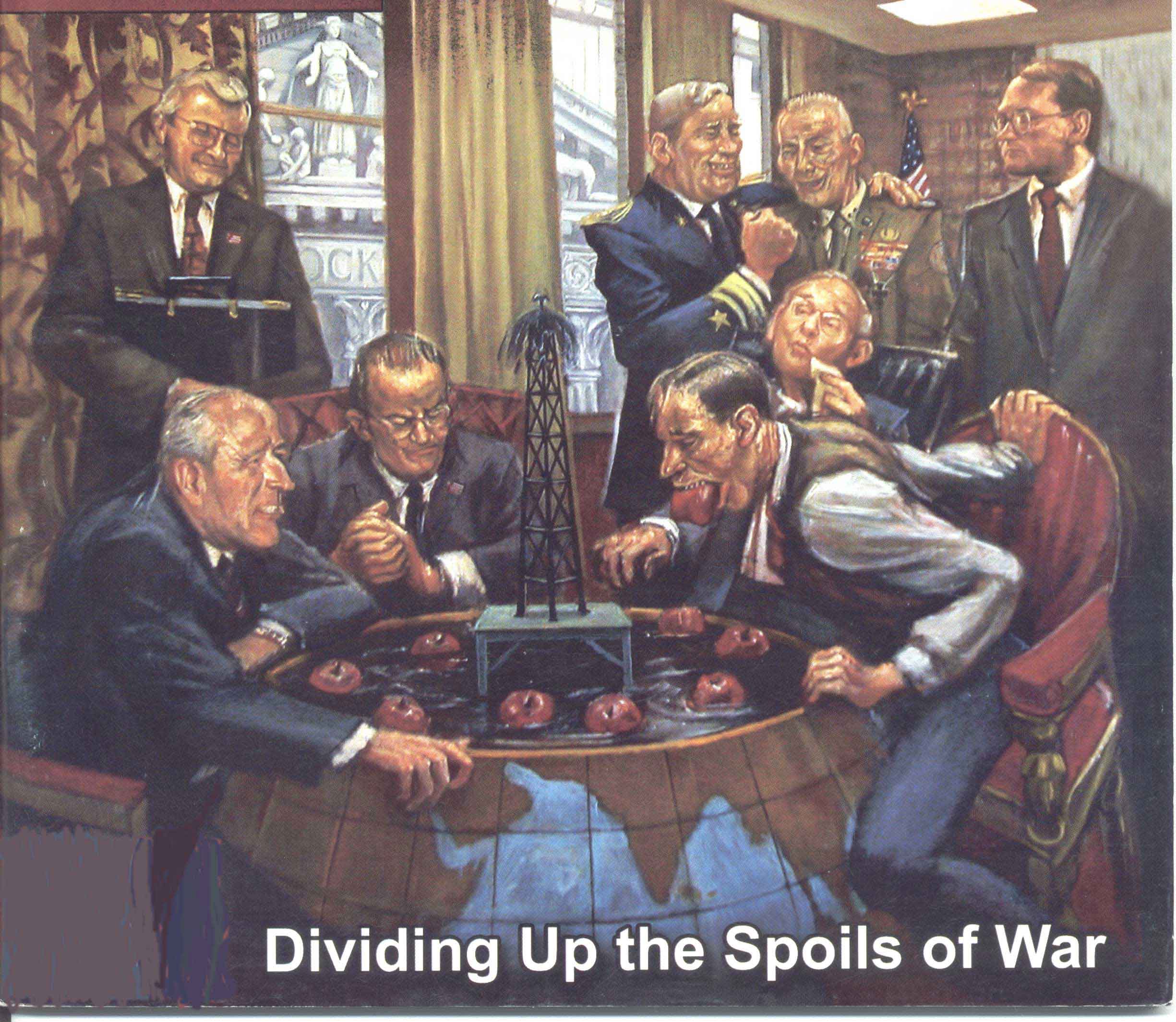 When lists with names, supported with facts would be known, human masses will arise. When facts would be known about what is happening in the stock market and where the money really goes, this will create a world stock market crash and fall of the current monetary system.  Riots will begin as a consequence of released emotional energy which was suppressed for so long.

Help from the Resistance Movement In the chaos of those days members of theResistance Movement will reveal themselves to humanity and give guidance and support.  They will penetrate to the surface from their undergound realms and bring along technology that will help humanity to get over those critical moments.  They will cure most of currently known diseases with their medicaments.  With their free energy sources they will end world energy crisis and stop environmental pollution.  They will bring information that will open the eyes of people.  Finally people will realize that they have lived in quarantine for millenia. Money will disappear and will be replaced with exchange of goods based upon vibrational economy. The Resistance Movement will assist in establishing a New World Government which will be chosen by humanity with its free will and that will lead humanity based on the principles of theGalactic Codex.  At that point the energy field of the planet will be cleared significantly. Memories of Atlantis will be returning to people and they will begin to create a New Atlantis, a new civilization of Light.

Buildings will be constructed in a combination of Atlantean and modern architecture which will be in harmony with nature. Many will be in a pyramidal or half spherical shape.  Spiritually developed individuals will begin to gather in New AgeCommunities, the so called Islands of Light.  Everybody there will follow his vision  aligned with the Divine Plan in deep connection with the universe.

When people release the past, everybody will experience clarity of mind, emotional aliveness and physical health.

The basic cell of society in Islands of Light will not be a family of personalities (father, mother and children) but a family of souls (twin souls, soulmates and other members of a soul family).

There will be teleportation chambers in Islands of Light through which it will be possible to travel into the Resistance Movement, for some people into the Atlantean Network and also towards the Pleiadian motherships. When the Network of Light be strong and stable enough this will enable mass landings of Pleiadian starships. The Pleiadians will assist humanity during its transition towards the New Age and with the process of acceptance of this planet into the Galactic Confederation. They will anchor energy columns that will guide planet Earth through its transformation during its entry into the inner section of the Tachyon Belt[Editor’s Note: Photon Belt.]

The Three Waves of Ascension and Evacuation

When the critical mass of consciousness be achieved the First Wave of Ascension will occur. Motherships of the Galactic Confederation will hover as brilliant white clouds above the Islands of Light, where teleportation beams will descend and lift the volunteers into the motherships.  Those volunteers will reappear on Earth shortly in Ascended State in their Rainbow Bodies of Light.

Soon afterwards another critical mass will be achieved and the Second Wave of Ascension will happen.

Masses of Ascended Masters that will return to Earth will prepare humanity for the Third Wave of Ascension and for the Evacuation. Great planetary cataclisms will begin then as a cleansing of the physical matter of the planet. At the moment of most intensive cataclisms a polar shift will happen and that will trigger the Third Wave of Ascension with Final Evacuation.  Linear time as we know it will end and Earth will enter a new, higher dimension. This is a moment when the Mayan calendar ends, a moment in 2012…