From The Planetary Activation Organization (pao@hawaii.rr.com).  Article taken from:  http://www.paoweb.com/sn070902.htm  Published by permission from PAO.

Selamat Jarin! We arrive with more to tell you. Many of you may wonder how we have set up our various fleets in your solar system. You may also have asked yourselves how each fleet’s functions interrelate. To begin with, our fleets are positioned in three rings. The first ring surrounds Mother Earth and her artificial companion, your Moon. This fleet contains over one million ships, most of which are small, unarmed scout and transport vehicles. Their task is to observe you and your world, to oversee fleet operations and to transport certain types of supplies that cannot be teleported to our bases. Our bases, located beneath all of your continents, oceans and seas, are linked to a vast array of crystal cities and communities that comprise Inner Earth. Yet another group of bases is to be found on your Moon, which contains a huge network of command and research facilities. These stations provide the means for us to monitor your secret government’s collection of space, time and inter-dimensional weaponry. They pose no potential threat to us.

Surrounding this first, or inner ring are several spokes that consist of a number of special liaison and defense fleets. Their purpose is, first, to supervise and, then, to take effective countermeasures whenever necessary. Our purpose is to refuse your secret government continued use of any weaponry that may pose a threat to our earthly allies. We have set up interplanetary ‘stations’ to close any inter-dimensional star-gates and to carefully monitor any artificially created distortions in time’s natural waves. Here, bear in mind that physicality is actually an illusion created by its inhabitants’ collective core belief and the dictates of the divine plan. In this, natural patterns occur in the way Time and Light coalesce to form ‘space’ — the stuff that produces realities. Dark, limited-conscious societies have used these natural patterns to construct fearsome weapons that alter realities, mutate dimensions and warp or constrict the flow of time. Your secret government has co-opted the work of many of your inventors and scientists, and merged it with a number of off-world technologies.

Other secret government technologies are capable of altering your physical, mental and emotional bodies. Their vile purpose is to bring about the eventual control of your minds. Then, they can complete the genetic alterations left undone by the fall of Atlantis some 13 millennia ago. Our mission is to neutralize and prevent any large-scale adoptions of these technologies. Every day, Heaven is working to finish, on schedule, the long process that will return you to full consciousness. Once again, we put on warning those in your secret government who continue to harbor the belief that they can hinder this sacred operation. We WILL NOT tolerate such attempts. Accordingly, we have established a full team of scientists and corresponding liaisons who are on the lookout for these programs and are then limiting their effectiveness. Properly applied, these technologies can substantially assist what Heaven is creating. Dear Friends, we most sincerely welcome a full disclosure of the covert acts, committed during most of Earth’s last two centuries, that have hindered your return to full consciousness.

The second ring of fleet components is headquartered on Mars. These support groups consist mainly of sentient Beings who are not human in form. Many of them will be introduced to you soon after the beginning of First Contact. Others will wait until you are restored to full consciousness. Within this second series of fleets are included some small, planetoid-sized Motherships, whose purpose is to augment the research and observations being done by the innermost ring of ships. They also have a number of tasks involving the weaponry and technology that, in the course of the past decades, has been given to your secret government. Most of this technology was supplied by the off-world star-nations, star leagues and star empires whose ships are to be found here. On Mars, a network of underground and surface bases acts as the ‘control and command’ segment of this exceedingly diverse fleet. These Galactic Federation personnel are also busily preparing Mother Mars for your arrival en masse, after your journey to full consciousness is completed.

Between the second and third rings are a large number of special, planet-sized command ships from our Science and Exploration (S&E) fleets. They will serve as the main command ships for this First Contact mission. Standard procedure is to cloak these ships and keep them away from the prying eye of your many space telescopes. Their aim, essentially, is to find us. From time to time, we very briefly uncloak some of these Motherships in order to show your secret government that we are still here and do not intend to go away. We know that infrequent sightings of these ships by your astronomers go unreported. They fear reprisal, either by their peers or by those who give them their grants. Your secret government fears these ships the most because they fully realize the capability of such a fleet and the insignificance of any response they could mount. Here, we repeat that we are benevolent and operating under the full supervision of Heaven.

The outermost ring of our vast fleet is, by far, the largest. It contains millions of immensely varied ships, ranging from Motherships the size of large ocean liners to those nearly the size of Neptune or Uranus. These Motherships are simply our final back up, serving as components that will enter the second ring only when necessary. They proclaim to all potential adversaries that Mother Earth and your solar system are clearly experiencing a transformation that no Being, corporeal or non-corporeal in form, can prevent. Within this ring are the main transport stations that lead back to our vast profusion of home-worlds. Here, as well, are to be found the traffic coordinators for this immense fleet of ships. They serve to move all ships between these rings and back into interstellar or intergalactic space. 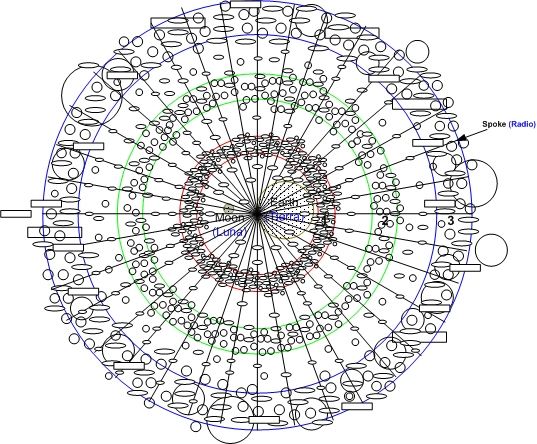 Illustration:  Galactic Federation Fleet Positioning with Respect to Earth.
Not to scale, illustration by Luis Prada

Our fleet is divided into two components, as well. The first, and the smaller, has a very long duty cycle that includes our main command personnel, as well as our many medical and planetary teams. The second group, which is deliberately more temporary, consists of member fleets of the Galactic Federation of Light that dearly wish to be part of the most significant event in recent galactic history. We deeply understand that the need to watch over you is one of our greatest challenges, yet also one of our greatest joys. Every medical and planetary team is fully aware of what Mother Earth and you are undergoing. We have carefully observed and, when Heaven allows, have intervened. Every action of our fleet arises from events occurring on your world. Our entire team awaits First Contact and what it means — the starting point for the next great step in our galaxy’s history.

Our First Contact command team, which contains all of our liaison boards and fleet commanders, is in charge of this immense fleet. There is also a special segment that comprises your local Spiritual Hierarchy. Remember, dear Friends, that our purpose for coming here is divine. Heaven summoned us and we came. To control such vast, diverse fleets is highly unusual in a First Contact operation. Normally, a single S&E fleet accomplishes this mission in very short order. This mission, however, is unique and of vital significance. It has drawn immense attention and lasted much longer than usual. We have found room for such a wide diversity of ships and yet remained capable of fulfilling this mission. Be confident, dear Friends, that this mission will be achieved and that First Contact draws nearer every day.

Today, we have briefly reviewed how we have amassed our First Contact fleets. They are poised and ready to complete First Contact. This mission is operating according to the divine right order and timing of Heaven. Therefore, we ask you to remain focused and committed to your inevitable success. Know, dear Friends, that soon we shall meet and at last be able to celebrate all that it implies. We now take our leave. Blessings! Know, dear Ones, in your heart of hearts, that Heaven’s boundless Abundance and Prosperity is truly yours! Amen. Selamat Gajun! Selamat Ja! (Sirian for Be One! Be in Joy!)