"The real menace of our republic is this invisible government which like a giant octopus sprawls its slimy length over city, state and nation. Like the octopus of real life, it operates under cover of a self created screen.  At the head of this octopus are the Rockefeller Standard Oil interests and a small group of powerful banking houses generally referred to as international bankers. The little coterie of powerful international bankers virtually run the United States government for their own selfish purposes. They practically control both political parties." — New York City Mayor John F. Hylan, 1922

Published in this website on January 13, 2005.  See also from the same authorThe Cabal, a Geoplutocratic "Elite" Bent on Global Domination.
See at the end the 90-minute video "The Secret Government: The Constitution in Crisis" by Bill Moyers. 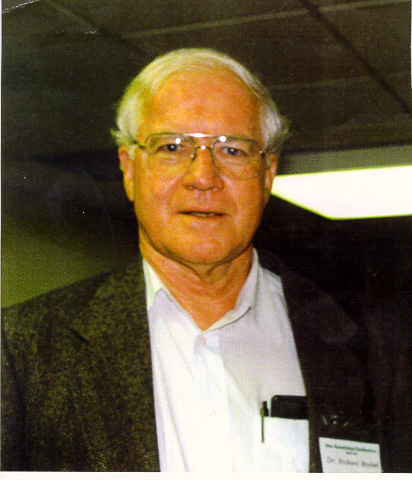 This biographical sketch was taken from the official website of Dr. Boylan at:http://www.drboylan.com/rjbbio2.html

Dr. Richard J. Boylan is a Ph.D. behavioral scientist, exo-anthropologist, university associate professor (emeritus), certified clinical hypnotherapist, consultant, and researcher.
He provides hypnotherapy for recalling full details of partially-remembered close encounters with the Star Visitors, and for exploring previous life experiences stored in subconscious memory.
Dr. Boylan also is a consultant to Star Kids and Star Seeds seeking to understand better their origin, identity and mission, so as to attain optimal awareness and clarity of identity, inner growth and spiritual development.
His career has spanned four decades of service as a social worker, psychologist (retired), clinical hypnotherapist, clergyman (retired), school administrator and clinic administrator. Dr. Boylan has served as a Lecturer at California State University, Sacramento, University of California, Davis, National University, Chapman University, and Sierra College.
Since 1989 Dr. Boylan has conducted research into human encounters with the Star Visitors. This has led to his current focus, working with the Star Kids.
He has created the Star Kids Project, Ltd., and is working at outreach to these hybrid children with advanced abilities and their families, raising consciousness about Star Seed heritage, educating these children and parents about advanced abilities and their proper use, and informing the public about this new cosmic generation.
He has presented papers on his research at, among other conferences, the 1992 M.I.T. Abduction Study Conference, and the 1995 Cosmic Cultures International Conference at Washington, DC. He is author of three books, Close Extraterrestrial Encounters (1994), Labored Journey To the Stars (1996), and Project Epiphany (1997). He is currently writing a fourth book, "Star Kids". He has over 50 articles published.
Dr. Boylan is President of the Star Kids Project, Ltd, a nonprofit educational program which identifies, educates and trains Star Kids and their families for their important roles in the new cosmic society dawning.
Dr. Boylan is President of the Academy of Clinical Close Encounter Therapists (ACCET) Inc., a federally-recognized nonprofit educational and research organization. He has conducted numerous workshops for mental health professionals on the specialized counseling for experiencers of Star Visitor contact.
He has lectured widely at regional and national conferences, and has been interviewed on numerous radio and television programs, including NBC’s "Sightings" twice, on Paramount Television Network’s "Paranormal Borderline", and three times on Art Bell’s "Dreamland" program.
Dr. Boylan is a member of the National Board of Hypnosis and Hypnotic Anaethesiology. He is Past-President of the Sacramento Valley Psychological Association. His wife, Lee Boylan, MBA and he have four children.

The secret "shadow" government is the large organizational network which operates alongside the officially elected and appointed government of the United States of America. Just as with the official government, the secret government has functional branches.

In the Shadow Government five branches may be identified. These branches are: the Executive Branch, the Intelligence Branch, the War Department, the Weapons Industry Branch, and the Financial Department.

The Weapons Industry Branch reports to the Executive Branch most often indirectly, through the War Department and/or the Intelligence Branch (for Black Budget weapons systems).

An analysis of the overall purposes of these five branches suggests that the overall purpose of the Shadow Government is to exercise covert control by:
• Collecting comprehensive institutional and personal information
• By establishing national and international policy independently of the established Government
• By developing high-tech arms and equipment, and, with these, establishing small, specialized, highly mobile, elite military units to effect these covert policies, when need arises, without having to rely on the official (and "unreliable") Armed Services, (whose subservience to the Shadow Government is reasonably suspect)
• By developing an armed capability to repel any threat to the status quo, (including the uncertain ontological, social, and economic impacts of any revelation of the reality of UFO and extraterrestrial presence) through the development of a Star Wars/BMDO ground and space-based surveillance and SDI weapons network
• By denying information compromising to the Shadow Government from all those outside "need-to-know" policy-making levels
• By exercising control on the money supply, availability of credit, and the worth of money, through policy decisions made outside of the official Government.

NationalSecurity Council (NCS)
The military and intelligence policy-making and control group for national and international security, which reports directly to the President, its secret 5412 Committee (which directs black [covert] operations), and its PI-40 Subcommittee (aka MJ-12: which exercises policy direction and control of the UFO Cover-Up).

FederalBureau of Investigation, Counter Intelligence Division
The branch which investigates, surveilles and neutralizes foreign Intelligence agents operating within the U.S., and cooperates with the National Reconnaissance Organization in the surveillance of those involved in close encounters with UFOs and extra-terrestrials.

DefenseIndustry Security Command (DISCO)
Which conducts intelligence operations within and on behalf of the civilian defense contractor corporations engaged in classified research, development, and production.

DefenseInvestigative Service (DIS)
Which conducts investigations into people and situations deemed a possible threat to any operation of the Department of Defense.

Air Force Electronic Security Command
Which conducts surveillance and interdiction of threats to the security of Air Force electronic transmissions and telemetry, and to the integrity of electronic countermeasure (ECM) warfare equipment.

Defense Electronic Security Command
Which coordinates intelligence surveillance and countermeasures against threats to the integrity of military electronic equipment and electronic battlefield operations.  Fort Worth, TX.

Project Deep Water
The ongoing effects of the compromised personnel, sources and methods resulting from the secret importation of Hitler’s own Nazi Intelligence chief, Gen. Reinhard Gehlen, to redesign the US’s Intelligence apparatus.

Project Paperclip
The ongoing results of the secret importation of Nazi weapons and aerospace/UFO scientists into U.S. secret military research and development bases.

CIA’s Directorate for Science and Technology
Which gathers information with promise for scientific and technological developments which present a superiority advantage for, or a threat against, the National Security, [also contains the "Weird Desk", which centrally processes intelligence about UFOs and ETs and their interaction with Earth], current Deputy Director of Central Intelligence for Science and Technology is Ron Pandolfi.

SandiaNational Laboratories-West (SNL-W)
Which are involved in nuclear warhead "refinements", development of new transuranic elements for weapons and energy applications, development of anti-matter weapons (the Teller Bomb: 10,000 times the force of a hydrogen bomb), laser/maser technology applications, and, reportedly, successful teleportation experiments, among other projects, at this Russian nicknamed "City of Death", Livermore, CA.

IdahoNational Engineering Laboratories (INEL)
Which houses numerous underground facilities in an immense desert installations complex larger than Rhode Island, has security provided by its own secret Navy Base, is involved in nuclear, high energy electromagnetic, and other research, and includes Argonne National Laboratory, West).  Arco, ID.

DefenseAdvanced Research Projects Agency (DARPA)
Which coordinates the application of latest scientific findings to the development of new generations of weapons.

The Jason Group
Elite weapons application scientists, developing cutting-edge science weapons for DARPA, and operating under the cover of the Mitre Corporation.

The Aquarius Group
UFO technology application scientists, reportedly working under the guidance of the Dolphin Society, an elite group of scientists privy to extremely classified science and technology findings.

Defense Science Board
Which serves as the Defense Department’s intermediary between weapons needs and the physical sciences.

U.S. Space Command
Space War Headquarters for operating "the next war, which will be fought and won in space".  Falcon AFB, CO.

Air Force Office of Space Systems
Which coordinates the development of future technology for operating and fighting in space.

Federal Reserve System
Cartel of private banks overseen by elite super-wealthy financiers, such as the Rockefellers, Mellons, DuPonts, Rothschilds, etc., which dictates to the Government the flow of money, worth of money, and the interests rates.

CIA self-financing
The operation and/or control of much of the international drug trade in heroin, cocaine and marijuana, as well as "front" business enterprises, as a source of cash for off-the-books covert operations, and the purchase of exotic munitions and strategic bribe funds.

Department of Justice
Self-financing.   The self-use of confiscated money and valuables from "targets of investigation" to finance "special projects".