Esu Introduces Himself to Newcomers

Esu Introduces Himself to Newcomers

Esu channeled by Eve on Monday April 30, 2012, and published on Wednesday May 16, 2012. Message taken from: http://abundanthope.net/pages/Eve_109/Esu-Introduction-for-newcomers.shtml . 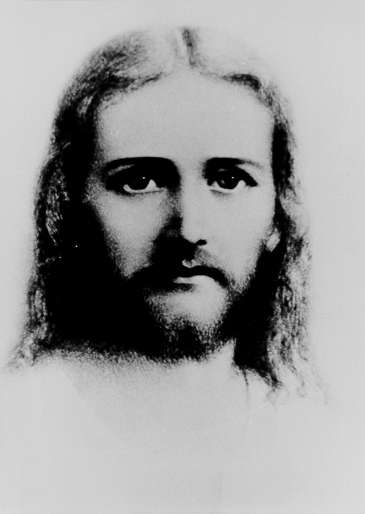 Eve: The last meters demand so much from us and this week especially feels more than busy, too! I’m still awfully tired, it feels I am even too tired for mind movies, I’m even not in the mood to ask about progress!

Esu: I appreciate your honesty, Eve. I agree that all has been going on much too long. You still have your leadership load of AbundantHope. I understand that you avoid asking Christ Michael, as you did so many times before and still the big rip did not manifest. I know, Eve, I know. We keep working hard on the planet and the announcements are still a part of the plan. Do you still need an introduction message for newcomers, as Christ Michael’s?

Eve: Now, this would be nice to have. Should we try now?

Dear newcomers, my name is Esu Immanuel Kumara and I Am the one many of you know as Sananda. Sananda is not a name, it’s a title and it means «One with God". I will explain about this later.

I am the son of the one you know as Sanat Kumara and his cosmic consort Anna. Our clan origins in the system of Lyra, so you might call us ETs, but more than this we are celestials, we are in full support of Christ Michael of Nebadon and his consort Nebadonia, who have created this local universe of Nebadon.

My title is one of the most misused ones on this planet. The New Age matrix has created myriads of «messages» which claim to be given by me, but most of them are fake. Many are intentional fakes and many were created by the people’s ideas about me. I have people I directly «work with» but these are not many.

People connect my name with the figure of «Jesus» of whom I was a part, supporting the mission of Christ Michael. The image you have of me does not really match who and what I really am. Among Christ Michael’s Hosts of Heaven I’m something like a commander and I got a job to do, here on this planet, again, to bring her Home into the Light, including all souls who are prepared and educated enough. Now, what job would that be.

At first you must become aware that universe has a hierarchy and rankings, jobs, myriads of. Everything is in divine order. This planet has fallen out of it, due to bad circumstances, and now Divine Order is becoming established again.

Every planet in this universe of evolutionary progress is under Celestial Supervision. These jobs are called «The Office of the Planetary Prince». Of course this planet used to have a planetary prince, too, his name was Caligastia, but he fell to the Rebellion of Lucifer and had to be replaced. The office is now run by Machiventa, who is a member of the teaching son order of Christ Michael, called the Melchizedeks.

Now and where is my place?  This planet does need much support and it was considered useful to have some sort of additional planetary prince for more support, for a transition period of about 1000 years, aiming at the implementation of the «Age of Light and Life» for this planet. Entry into Light and Life is what your New Age guys call "Ascension". My job is called «The Office of a Planetary Prince on a Material Level» and I have accepted. This means, I’ll walk your plane again, visible, among you, and I’m closely working together with Machiventa. We, my staff and me, are going to have a headquarters on the surface, but we’ll also do a lot of travelling founding teaching places, universities etc.

At my side will be my celestial consort named Nada, whom you formerly knew as Mary Magdalene, and whose name has also and unfortunately been misused so many times. She’s my beloved mate, lover and partner, we have been through many missions before. 2000 years ago it was not possible for us to live our lives together for a longer period, we had a daughter in common and she had to grow her up on her own, but this time it will be different and we are aiming at some kind of model role.

Now, regarding the title of Sananda, this is something one has to earn. I’m what you call an "Ascending Son" —this means I have made my development from the material worlds upwards through the universal levels until I was ready to see and be embraced by the Universal Eternal Father and the Holy Trinity. This process is called «trinitization». You may regard it as a Universal Graduation. Afterwards I received the title of a «Mighty Messenger» —I’m in eternal service—due to the fact that I had succeeded to stand tall and strong on behalf of the Divinity and the Eternal Father on a material world in rebellion. I have fused to be «One with God».

Back then, 2000 years ago, I had a chance to prove this here on the planet, by the legendary «double incarnation» of Jesus. In the body of «Immanuel» whom you call Jesus, there was me, Esu, together with Christ Michael of Nebadon, who did his 7th and last self-bestowal, which he needed to become «Sovereign» in His Universe.

Your goal, beloveds, is to become «One with God», too. This is the ultimate goal of every cosmic «career», to be embraced by God and to «Be One» with him.

And I heartfelt ask you to modernize your image of me. Just because I had lots of draped cloth around me when I was here 2000 years ago, this does not mean it will still be like that. We celestial ones usually adapt to the habits, so don’t expect me still to wear what Eve calls «a night gown». Well, who knows… perhaps I’ll put a jeans on? I have always been a fan of «keep it simple and natural»… why should a planetary prince not wear a casual outfit?

You who believe in the divine, you will live to see
You who start to remember, will be Home
You who have stood strong in the name of the Father, will be the pillars of the New World to come

We are about to set the old «New World Order» chess mate, as everything excluding God is meant to go down and just these things will last that truly integrate the divine factor. Together we will build this New World Divine. And this way, dear hearts, we will be a smile in the eyes of the universe. So Be It.

I AM THAT I AM,
Sananda
Esu Immanuel Kumara
Planetary Prince on Material Level
Sphere of Urantia
Local Universe of Nebadon

♥♥♥♥♥♥♥
This piece is under copyright protection of http://www.abundanthope.net It may be placed anywhere on the web as long as it is not changed in any way and a link placed back to this site. It is preferred you place the entire piece, and if not possible to do so, you must note that the rest of it can be found at the link. Thank you, Candace.