Where Do ETs Come From?

Where Do ETs Come From? 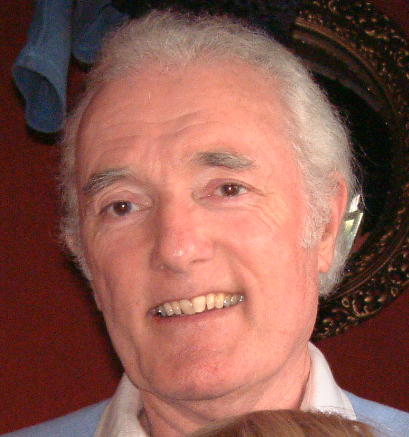 Most people are familiar with the idea of ET’s having come to us from within our own Solar System. It has been said that Space is teeming with life forms, and that every planet has life upon it, even if it is not apparent at a physical level. Indeed within our Solar System it is considered that conditions are so hostile on most planets, that life, as we know it is given little chance of existing. Space exploration to our nearest planets, at the very least suggests that intelligent life may have existed upon them.

From the thousands of photographs taken of our Moon, many anomalies have been found, and in some cases there is a very clear argument to support the claim that craters have been worked in, and in fact still are. There is evidence that massive machinery is placed within them, appearing to be removing material for purposes that are unknown to us. Many tracks have been found leading from one crater to another, and structures noticed that are not considered to be the result of natural phenomena. Many of these are circular and often domed. The greater evidence seems to exist on the far side of the Moon, and perhaps the choice for this location was to keep our prying eyes away from it. There are excellent photographs that have been digitally zoomed and clearly show massive machines working near craters. It is perhaps without coincidence that we have not been back to the Moon since we landed there, and there is some speculation that we were warned off. It is said that we started to carry out experiments that were unwelcome, and considered to be an interference with their work. Not surprisingly, the ET’s acknowledge their presence upon the Moon, and claim to have many bases there, some for hundreds of years.

In the very early days of space exploration, some 50 years ago, the USSR carried out an experiment involving the sending of a rocket to the Moon, with the intention that it should hit it. They often wondered what happened to it, and space Beings said that they objected to this experiment, so they altered its path so that it went harmlessly past it, and out in to the space beyond.

The historic Apollo 11 landed on the Moon on the 21st July 1969 and one experiment by the US Astronauts that did successfully take place, involved letting off charges placed in strategic places to take sound readings of the Moon’s interior. The findings were most astonishing; the only conclusion they could make, showed that it was hollow! One cannot forget the moment soon after the US Astronauts landed and appeared to have been greeted by a welcoming party, finding the ET’s and their spacecrafts, lined up just the other side of the rim of a crater next to them. From many satellites that have orbited the Moon, spacecraft have been filmed leaving the Moon into space, stationary lights and flashes of light have often also been seen, sometimes even from Earth.  In view of this evidence, there is certainly no doubt that ET’s use the Moon for their bases.

It seems from time immemorial we have heard of the ‘little green men’ of Mars. Little maybe, usually around 3 foot tall and typical of the type of features that has become so well known because of our contact with the Greys. The large hairless head, with only slight features except for abnormally large black eyes, long thin arms, thin legs and small bodies. There is however said to be another race which is a lot taller, and both live in underground cities. The Martians were very prominent in their visits to Earth during the 1940’s/1950’s, and various contacts are well documented. 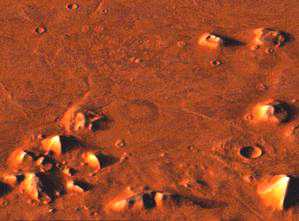 Photographs taken in 1976 by the unmanned Viking 1 from 1,162 miles above the northern desert region of Mars in the area of Cydonia, have shown what is now known as the famous ‘face’ and an apparent pyramid and other structures nearby. The ‘face’ has been subject to a lot of speculation, and not all agree that it is a face at all. But it is the sheer size of the long stone outcrop that begs consideration of it having been carved out by intelligent Beings. It is 1,500ft high and a massive 1-mile long. Based on the lack of physical evidence, there is still an acceptance of the possibility of life having existed upon the surface of Mars, but placed many thousands upon thousands of years ago.

Venus and Pluto are planets from which we have had visitations, yet both are viewed as being totally hostile for life as we know it. Venusians with their distinctive scout ships, of George Adamski fame, were frequent visitors to Earth around the 50’s, and rated amongst the most human-like we have seen. Tall, blond with perfect classic features, and high foreheads, the Venusians claim to live in crystal cities within a higher vibration, which is why they are not visible to our sight.

Plutonians are said to be by nature and development the closest to us in evolution. Indeed one sighting reported Beings that were not only very human-like, but also appeared to be bearded. They tell us that in their position, way out in the solar system, they act as a type of trading post for other planetary visitors. 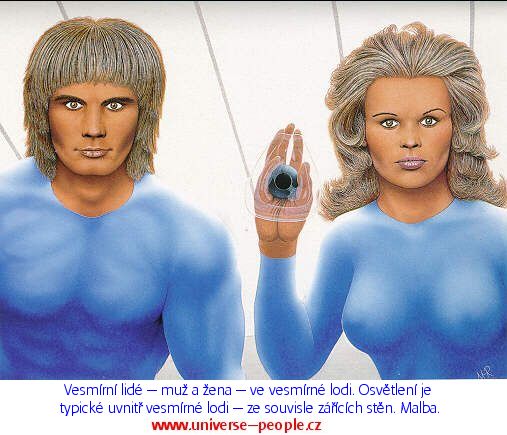 Where Jupiter, Mercury, and Saturn are concerned, there does not appear to be reports of contact with physical type Beings. But there has been regular contacts through psychic channels, and these Beings exist within higher dimensions in their Light bodies. Uranus and Neptune offer little evidence of contact, but again there are said to be Light Beings in its higher dimensions.

There have been quite a few contacts from Beings claiming to live on moons of various planets. One of them is the largest in our solar system, called Ganymede, and it orbits Jupiter just once every seven days. Surprisingly it is 5276 km in diameter, which is one and a half, times the size of our own Moon. Again as with other visitors from our solar system, they are found to be very human-like in appearance.

We finally come to Earth, that is theInner Earth, the existence of which is believed in by millions of Buddhists. There is a well-documented visit to it by Rear Admiral Byrd, who in 1947 flew directly over the North Pole and entered the Inner Earth. With other witnesses he visited a civilisation known as Agartha of the Hollow Earth, travelling some 1,700 miles over mountains, lakes and rivers, seeing green vegetation and animals. He eventually came to a city, and was greeted by spacecraft that ensured his safe landing, where he was greeted by emissaries from Agartha. The Beings were described as very friendly and from several races, including giants some 12 feet tall, all were very advanced. They said they came to Earth from another star system millions of years ago.

Rear Admiral Byrd meticulously recorded the details of this visit in his diary, but was forced to keep it secret. The American Press announced the discovery, but it was immediately suppressed by the secret government, and further attempts to make the news public was dealt with by them, in a very heavily handed way. It cannot be without coincidence, that the United States does not allow planes to fly over the poles, thereby maintaining the secrecy of the North Pole opening. Its existence has however been confirmed by two friends who also found it making a boat trip, and these were not in fact the only ones to have done so. Indeed, there is also a photograph that was published in 1960 showing a valley with lush green hills, that a pilot claims he took as he ‘flew beyond the North Pole’ Many people flying over it have seen the opening, and even spacecraft leaving or entering it.

There is a surprising amount of channelling available about the Inner Earth, which it is said informs us that amongst its people, are a large number who were taken in from Lemuria and Atlantis just before they went into final decline. It is expected that as we approach the time of Ascension, the people of Agartha will come to the surface, to once again renew their acquaintance with Man. There is also said to be another city underground, called Telos, several miles below Mt. Shasta.

When we look beyond our solar system, there seems to be no end to the number of places our visitors have come from. For perhaps obvious reasons, regular visitations are primarily from ET’s who have had a hand in our evolution, such as the Pleiadians, Sirians, Orions, Andromedans and Arcturians. The Beings are otherwise generally noted as being mainly Humanoid, but also Reptilian and Insectoid have been seen. There is also evidence that robotic like Beings also work alongside ET’s, and this has been notable in the case of the renegade group of Greys. Medical examination seems to inevitably follow abductions by them, and these small robotic Beings are nearly always present.

Our visitors reach us through inter-dimensional travel, and their craft are a multitude of designs. The Beings sometimes wear some form of space suits, but seem to largely present themselves without such aids. Speech as such is virtually unused, but instead telepathy, and they have no difficulty in conveying their thoughts to us, or reading ours. Where such contact is made, it has often been to convey messages to us about their concern with what we are doing to Earth, and ourselves. On other occasions they give great details about their own planet, and their way of life. Sometimes, contact is positively avoided, and they only seem concerned with whatever project they came to Earth to carry out.