For You, Spiritual Warrior, Who Takes Risks 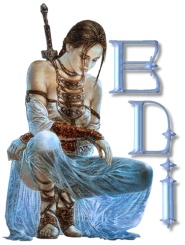 We make the biggest mistake when, by fearing error, we err by not allowing risk in our path.

It is not mistaking the river when, finding a mountain in its path, set back to continue advancing towards the sea; it is mistaken the water that, by fearing mistake, gets stagnant and putrefies in the lake.

It is not mistaken the seed when dies in the furrow to become a plant, it is mistaken the one that by not dying under the earth renounce to life.

It is not mistaken the child that crawls because wants to walk;it is mistaken he who fearing mistake does not crawl and learn to walk.

It is not mistaken the man who rehearses through different ways to reach the goal, it is mistaken he who fearing mistake does not walk.

It is not mistaken the man who seeks truth and does not find it; it is mistaken he who fearing to err does not pursue it.

It is not mistaken the man that loses his life by gambling it seriously; it is mistaken he who fearing losing it, loses it in vain without never gambling it.

It is not mistaken the bird that rehearses the first flight and falls to ground; it is mistaken the one who fearing the fall renounce to fly and does not abandon the nest.

Only those who fear mistakes do not accept to be a man of this: be searching at himself each day, without finding himself fully.

To You, Spiritual Warrior… for being able to unite heaven and earth.  May the invariable ultimate warrior always protect you!  May you have long life, free of deceases, that may you know glory, and may your primordial dignity go always in increase.  May your virtuous horse be eternally glorified, higher every time.
Back

The Five Rules of Combat

The light warrior must remember always the five rules of combat, written by Chuan Tzu three thousand years ago.

Faith: before engaging in battle, he has to believe the motive for fighting.

Companion: he chooses his allies and learns to fight with company, because nobody wins a war alone.

Time: a fight in winter is different from a fight in summer, a good warrior pays attention to the adequate moment to enter in combat.

Space: It is not the same to fight on a narrow pass than to fight on a plain.  Consider what is around you, and the best way to move.

Strategy:the best warrior is he who plans his combat.
Back

The Light Warrior Sometimes Acts As the Water

The light warrior sometimes acts as the water, and flows between the obstacles he encounters.

In certain instances, to resist means to be destroyed; then, he adapts to circumstances.  He accepts without protest that the stones of the path trace his direction through the mountains.  In this resides the force of the water; never can be broken by a hammer, nor wounded by a knife.  The most powerful sword of the world is incapable of leaving a scar over its surface.

The water of the river adapts to the most feasible road, without forgetting its objective: the sea.  Fragile in its birth, slowly it goes acquiring the force of the other rivers it encounters.  And from a definite moment, its power is total.
Back