Summary of Matthew’s story from www.educate-yourself.org: Seventeen year old Matthew Ward died in an auto accident in 1980. His mother, Suzanne Ward, from the State of Washington, initiated contact with her son in the early months and years following his death with the help of mediums, but was later (1994) able to establish direct telepathic communications with her son by typing out their conversations using her computer. Matthew told his mother that he had died at an early age in order to act as a conduit for important information from the spirit realms and that she, Suzanne Ward, had a ‘life mission’ to publish his messages in book form. After a long birthing process the first of the Matthew books, Matthew, Tell Me About Heaven, was published in 2001. Matthew’s second book, Revelations For A New Era, also published in 2001, "relates life from its cosmic beginnings and contains cogent messages from representatives of extraterrestrial civilizations who are helping Earth during this unique era of great changes". And their most recent book, Illuminations For A New Era,was published this year, May 2003.

S: Matthew, please tell me why so many whales and dolphins are dying on beaches?

MATTHEW: Mother, it is terribly disheartening to us that so many cetaceans, who species-wide are the highest spiritual and most intelligent souls on Earth, are dying, but there is a positive aspect to this. The energy of those beautiful souls will remain in the oceans to continue anchoring the light on the planet, so their physical deaths will not have the adverse impact upon Earth that it would if their soul energy also left, as in the past.

When it became known that despite the huge outcry against the US Navy’s oceanic testing and legal denial of their former permission, the testing was resumed with even greater intensity, this amendment to the soul contracts of the cetaceans was made. Their willingness to inhabit ocean depths as free spirits totally denies the real purpose of the testing, which is unnecessary and useless for national security. The dark powers that are insisting upon this testing are well aware of the energetic purpose of these cetacean lives, which is exactly why they are intent upon destroying them. When it becomes evident that the light will not be diminished on the planet but rather will continue to be strengthened, these dark minds will see that their inhumane measures to keep their control are not having that effect. 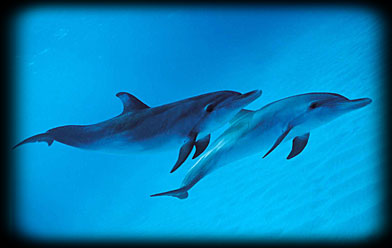 Once they realize their efforts are not working as intended, what may happen is that in a false show of concern for marine life, it will be publicized that even though there is no proof that the testing caused any harm, with respect for the possibility that it may have contributed in any way to these many cetacean deaths, the testing will cease. That would be a purely self-serving political move on the part of the darkness, but still it would be greatly welcomed by all light beings as ending the devastation to the bodies of the whales and dolphins. So in that spirit, please let your voices be heard long and loud against this inhumane testing as well as holding the positive vision of healthy and joyful marine life throughout your seas and oceans.

Mother, I know you want to disseminate this message, and I think it would be good to add the information about the planetary importance of cetaceans for the benefit of those who do not know that. Thank you.

[NOTE: Matthew gave me the following information about five years ago. It is a chapter in Revelations For A New Era.]

S: Why did you say the oceans are the saddest places on Earth?

MATTHEW: Because they are the home of the whales and the dolphins, the most intelligent and most spiritual souls on the planet, yet their homes have been defiled by intention and carelessness, and their inhumane treatment is an indelible mar on the nature of Earth’s human civilization. The cetaceans’ energy is as sacred as human energy insofar as individual souls and their oversoul entirety, but their homes have been gravely polluted and their lives brutally ended.

S: Matthew, did I receive that correctly — did you say cetaceans are more intelligent and spiritual than humans?

MATTHEW: That’s what I said, Mother, but I should have stated it more precisely. It is the species-wide phenomenon that cetaceans are higher than humans in spiritual and intellectual energy attainment. I didn’t mean that never has any human on Earth achieved or exceeded that level. Some exceptional humans have. Certainly Jesus the Christ and Buddha the Christ are exalted above that high level.

You may remember when we were talking about Earth animals coming here that I said the entire whale energy on Earth doesn’t come, only enough to create the human-whale energy bonding here. Well, the rest of that pristine life force goes forward in soul growth after its Earth service, and it transitions more rapidly than humans through this realm on to higher frequencies for soul evolvement.

S: That’s quite a revelation, Matthew! Recently I heard that some whales have shown what seems to be an interest in friendliness with humans. Do you know anything about that, and does it have any significance?

MATTHEW: Yes, I do, and yes, it has major significance. That attitude of the whales is showing the great difference between former and current human-cetacean contact. The improvement has come because of vibrations being raised within the human framework. That rise in vibratory rate is evidence of the light beings’ successful efforts to raise your frequency at cellular level so you can ascend in physical bodies along with your planet into fourth density dimensions. The energy of whales and dolphins also is helping the planet raise its vibrational frequency in preparation for that ascendance. 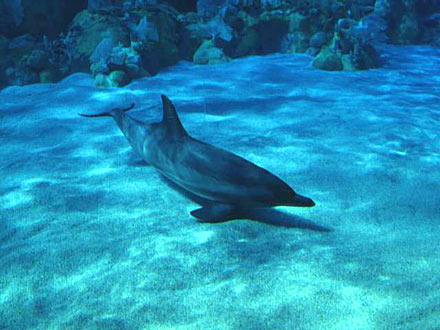 The whales’ recent activities that signify less fear of humans is proof that the increase in light energy on Earth is lessening the influence ofthe dark forces. The mass destruction of whale life that once prevailed, and the pockets of determination to still consider whales as only commodities, was and is a direct influence of the dark forces. Their decreasing influence no longer is having the effect of fracturing the energy bonding between humans and cetaceans.

It was the fracturing of that energy bonding that permitted the slaughter of whales. Their intelligence and spiritual evolvement was once recognized and respected by humans, but it became hidden from conscious memory as the energy bonding between the two species was relentlessly attacked by the dark forces. Their aim was more than to stimulate the capacity for brutality in the nature of humankind. The dark forces also wanted whale presence on the planet to disappear entirely, andthey influenced humans to do their dirty work. Whales anchor light energy beamed at the planet from distant light sources, and their holding pattern of that energy within the ocean depths and vastness eludes the power of the dark forces, which cannot be attuned to that wavelength.

If the whales were gone, so would Earth’s major light energy anchoring source be gone. Without the anchoring of the light energy, its presence on Earth cannot be steady. If the light cannot be dependably maintained, its healing influence ebbs and flows cannot be strengthened in intensity or scope to heal and preserve the life force of your planet, which is desperate for the light.

Only if all anchors of light on Earth are extinguished can the light itself be vanquished, and only then can the dark forces claim the dead planet as their prize. Whales would have outlived all other life forms because the ocean depths would have safely harbored some of them. The few survivors would have continued for a while anchoring non-disrupted light energy through the force carried by that energetic connection from this realm and well beyond into universal connections. While that would have preserved the whale energy through transmutation, it would have allowed the planet to perish.

The reason that did not happen is, God decreed that Earth shall NOT perish, but shall be revived to radiant health once again. Earth is more than a small planet in an ordinary solar system in a minor galaxy among the billions in our universe. The planet once was one of God’s own favorite placements. It actually was the paradise named Eden. Its radiant aura and pristine beauty made it a showcase in this part of the universe, where it was a testament to the power of God co-creating with Creator in love and light energy. Your planet then was the antithesis of all that the forces of darkness had made to plague the universe, and the conquest of Earth became their objective.

Now you can see why elimination of whale life has been one of the major strategies and a goal of the dark forces’ influence on Earth. It is to counter that negatively-aimed energy that some humans have been inspired by spirit to save the whales from extinction. Their efforts are being assisted by the light energy that has motivated them to act bravely and steadfastly. The current comeback in whale numbers is specifically for the upraising of energy vibrations during these years of Earth’s transcendence from negativity, woes and deprivations, and for allowing the light of Earth to heal the planet and all its life forms.

To obtain the Matthew books please go to the website:www.Matthewbooks.com .