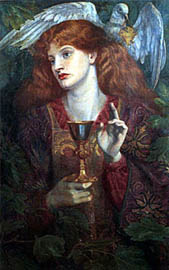 Here is a chance! A nationwide effort to unite women against war has drafted a statement here and ask you, if you are so moved, to send it out to as many women and women’s groups as you can for endorsement. If you are not part of a group/organization, you can also sign as an individual. If you feel so moved, please sign below, giving your or your organization’s name and location. Then please cut and paste this message into a new message and forward on to as many people as you know. If you are the 50th, 100th, 150th, 200th, etc., person, please also e-mail a copy back to pramila@mindspring.com .

This is our chance to stop this war. Women are a strong constituency in this country.  We only have a few days. Please act immediately.

[The Spanish translation is locatedhere.  If you want to participate in this email chain by sending it to your email lists and then to pramila@mindspring.comyou can make the message bilingual by copying the message in English first and then the message in Spanish.  This way, by being bilingual, it covers a larger audience.  This message may also be sent to your local politicians in countries other than the United States since your local governments may be aligned to approve the sending of troops of your country as allies of the United States in this genocide effort.  Thanks you for your consideration.]

As women embracing life and peace, we declare ourselves opposed to any military action against Iraq. As women, we have been the victims of many kinds of violence. We call on you, our Congress members, to oppose any military action.

We believe this is a defining moment in the life of our country. We will either take our place in the family of nations as seekers of peace and justice or we will start down a terrible road to war, unleashing the fury of generations to come on our land. We call upon you to act with integrity, to show courage and remember that you are guardians of the public trust and of the world we leave to our children.

We oppose this war. We oppose all elected officials who support this war.  There is no other issue greater than the cause of peace. No past stand or history can be called upon to overshadow the imperative to stand today for peace. We, as women acting to shape public life, dedicate our energy, resources, and hopes to those who establish peace. There will be no war in our names. If you want our support and votes, stop this war!

"The extraordinary array of groups questioning the Bush administration’s rationale for an invasion of Iraq includes longtime peace advocates, but also those not usually known for taking stands against the government. According to the Washington Post, there is a labor movement against war, led by organizers of the largest unions in the country; a religious movement against the war, which includes leaders of virtually every mainstream denomination, a veterans movement against the war, led by those who fought Iraq in the Persian Gulf a decade ago; business leaders against the war led by corporate leaders, an antiwar movement led by relatives of victims of the September 11, 2001 attacks, and immigrant groups against the war. There are also black and Latino organizations, hundreds of campus antiwar groups and scores of ordinary citizens meeting in community centers and church basements from Baltimore to Seattle."