Hi everyone. For the dark side the time is now up. We will be going into stasis in a few days. There are still a few loose threads to finish up and I am not allowed to state a date.

We have not been able to give more thorough updates because of the secrecy necessary to the planning. The stasis was delayed a short time to allow for various plans around it to be finished. Also there was one last attempt to seat the temporary President in my country before we went to that state. That this hasn’t been possible changes the planning just a bit. Notice my postings about Dennis Kucinich, a brave man that stood before an empty House of Representatives for an hour last Wednesday and it made no difference whatsoever. Did any of you hear anything in the media about this?

I am writing this because there is going to be some chaos in this, and it is your time to become the rocks of stability in your circles. There will be around 1 million dark side in various walks of life removed from the planet at that time [within the stasis period, N. of E.]. These are visible people, most of them. This will be noticed and it will frighten many.

The toll in my own country will be very large. It will include many in Congress that are before the public eye, many in media, in banking and the like. Many in industry will meet their , that have consistently refused to develop new technologies and which have gone along with leadership out of greed. We are a fascist country now with the major corporations in power. There will be losses to the religious communities also. Many drug lords and those of similar ilk will be removed or will perish rapidly in the coming weeks.

Now, when the planet comes out of stasis, the new leadership in my country will be almost immediately installed. Many countries are loosing their highest leadership and there have been plans made around this, with some lesser folks in power coming into power, and in some cases, it is probably that some star folk may be there for a time. We have had many thousands on the ground now working towards all of this. It has been a very complex process. You can’t just remove leadership all over the world without a plan in place.

Where there are replacements from the normal population of countries, the new temporary leaders will be supervised by star personnel. In some cases star personnel will be in place if there is no other option.  The planet is going to be under galactic law enforcement until there is reasonable stability.

The international media, particularly cable from the satellites, will be taken over for announcement activities rather than just the because of the missing leadership that will be experienced worldwide.  The announcement process is truly global for this reason. It will last as long as necessary to accomplish the goals. There will be allowed certain interruptions to provide important other news but you surely won’t be entertained with stuff about actors and whatnot.

It is impossible to control all media, and thus there may be media that is against what is going on. The previous announcement plans provided for about a week of education in the around our government issues and abuses like 911 and other events. Then there was to be a week of spiritual education with the presence of our star fleets being presented. The presence of the fleets will be announced much sooner. There will be quite a few large ships down low enough to be very clearly visible, much more so than previously. There will be flyovers done as appropriate. I am not allowed to give any sort of detailed schedules for security reasons at this time.

You are to support this work with strength and knowledge and work in your circles including your work to ensure people that the presence of the star people is indeed related to the salvation of this very troubled planet. You must support what is presented in the media. You must not show fear. You must share that you have known about this for sometime and what is going to happen is most certainly part of the Second Coming process.

There will be lots of banking shut down for a few days and probably the restriction of air travel. If you have friends and family traveling, it may be difficult for them to get home when they planned. I would advise having some cash on hand and perhaps fill your refrigerators and the like in preparation.

The planning, as I said above, has been substantial, the wait necessary to ensure as orderly as transfer of power as possible. For your part, again be rocks, and an information source. Assure people the planet is in as bad a shape as it’s being described on television. Help them understand the necessity for getting these dark folks out of the way so that the planet can progress. Many are still not in very good knowledge about the corruption. They know it exists, they just don’t know the depth of it.

This must be done now so that we have time to prepare for the Jupiter Event. Your early missions should be geared around that event. You can change missions at a later date as the planet re-stabilizes.

In addition to those being obviously removed, many people in poor health will not do well in the early days and weeks after stasis and may depart also, so the death toll in general will increase. It is still planned to remove the ozone layer and in the coming months more and more will leave in increasing numbers for this reason alone.

During the announcement process, the Jupiter Event to come will be covered. The announcement process and loss of life after the stasis, plus the coming Jupiter Event, will be quite a bit for many people to realize and experience. Encourage all to find their courage and stay in the game in a way that serves the higher goals. We still expect the Christian community that expects rapture to have difficulty as they discover there is no such thing. Rising up to meet the Lord means rising up in god-like behavior, becoming more like the Lord. You can explain that, at one time, there was a strong possibility of the planet having to be evacuated and that the dark changed that into the rapture story.

I think our server can take a fair amount of hits and I have placed some pieces there in recent weeks from the masters that are short and sweet with links to a larger collection of them. Send people our way.  I plan to have a large role in the announcement activities and it is important to have an earth person help with these activities. You can certainly explain that you intend to participate with AbundantHope yourself. I am hoping that this carefully thought our presentation to the world will reduce much of the fear in a fairly quick period of time.  However, the truth of why 1 million people died during the stasis will be told, for it is necessary to do so. I think this will encourage some of questionable character still remaining on the planet, so hopefully clean up their shit.

Again, it would have been much more ideal to have replacement of the American government and the nice two-week plan being the one to happen, but it did not. These many dark are being removed so they will not get in the way of the global progress that must occur. Should people be in fear because of the abduction stories on the planet, which occurred most commonly in the , assure them that some dark entities that were confined to this planet carried this out. They too are or will be removed.  government did too, sometimes having people in shinning suits with big eyes, to sort of look like «aliens.» Assure them the massacres of cattle and related events were mostly carried out from helicopters, to cause fear, by American black ops folks and not by any aliens from other worlds.

Explain to them that other worlds are much more advanced, and don’t even have access to the technology to travel in space until they can be responsible for that technology. Assure them the planet has always been watched and observed by those with the responsibility of that task. That the planet was seeded with life by those who come from heaven to do so and that this is the case of all planets. OK, you get the idea.

It might be an interesting time to rent and review some of the old Star Trek films. There was a goodly deal of teaching in them. Remind people, just how fast the seemed to travel, for so it is possible. It can take only a matter of minutes to get to other nearby stars. However, people need to be told that the Universe is a peaceful place and does not war as suggested in these stories.

There was a long period of galactic warring but that has been successfully handled and peoples that abuse their privileges are seriously disciplined which can include annihilation.  These ones came to assist us in our time of need and they include both people from other planets and God’s angels. In fact, I am pretty sure it will be told during announcement that God himself is here personally.

Take people to the Internet to sites showing lovely pictures taken from the Hubble telescope and explain many of what are labeled, as «galaxies» are in fact other universes. Ditto with many labeled Nebulas. Use the education you have been given through me. I think lots of people will be OK with it actually in a short period of time. Surely the love of the sci-fi material has assisted in preparing the way. Humans are known to rise to the occasion in times of stress and I think so it will be once there is adequate education.  Take care, Candace. 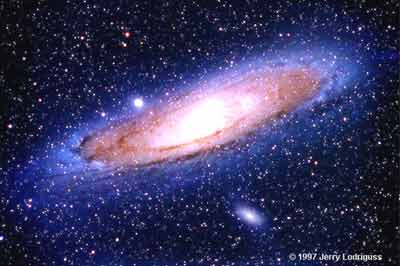