The Inversion of the Magnetic Poles

The Inversion of the Magnetic Poles 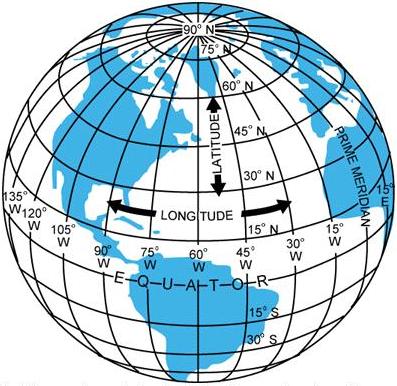 The information of this article was extracted from the Book II of Kryon. Posted in this website on February 3, 2005.  Read also the article "Earth Changes Are Coming" at:http://www.luisprada.com/Protected/earth_changes_are_coming.htm .
Original in Spanish, translation to English by Luis Prada.

To the scientists of our time the geological history of Earth is an open book.  There it is written that during 4,5 million years the Earth has passed at least fourteen times through inversions of its magnetic poles.  To arrive to these conclusions scientists investigate the geological layers where there exist sediments corresponding to different ages of the planet.  What was before lava there are still minerals that conserve their original magnetic alignment that can be measured with the radio carbon technology.  Thus it is known that the last inversion of the magnetic poles occurred in the year 13,200 BC, and it is suspected that this date exactly coincides with the disappearance of the dinosaurs.

Our planet alternates its polarity each time it completes a cycle, sometimes the magnetic poles of Earth are aligned as we know them today and some other times, they are inverted.  This has to do with the direction in which Earth rotates around its axis.  On the other hand, the speed of rotation is variable, and as this changes, the magnetic fields can manifest themselves with more or less intensity.  To a higher rotational speed corresponds a stronger magnetic field and to a less rotational speed, a weaker magnetic field.

In the present cycle the point of maximum intensity of the magnetic field was reached 2000 years ago while in our days Earth rotates slower, thus the magnetic field has been weakening and it does this in geometric progression (as it falls fast, with higher speed continues falling).  The paradox is: now our days are longer, however we feel that time shortens, because of the way we perceive it depends on another factor, that is, the attunement of our cells with the throb of the Earth (or Schumann Frequency), that has been accelerating.

In the scale of 1 to 10, being 10 the measure of the strongest magnetism, in 1996 we were at 1.5 and now we are below 1.  This indicator shows us that we are on the verge of an inversion of the magnetic poles that, according to the well informed, will happen before the end of the year 2012.   So for now the Earth will continue to rotate around itself each time slower, until the moment comes when it will be at standstill  We will remain in a null state of magnetism for approximately three days and then our planet will start rotating in the opposite way.  As it rotates in an inversed motion, where before was the magnetic north pole now will be the south pole, and where before was the magnetic south pole we have now the north pole.  Realize that this change is given only at  the electromagnetic levels and it is not saying that the Earth is going to physically jump upside down 180 degrees.

During the three days when the Earth remains at standstill, half of the planet will be facing the sun and will have a very long day and the other half will observe a prolonged night.  There are ancient narrations that recount a similar experience, and that make us suspect that this polar inversion was lived on Earth in a more recent time than the previously recorded one.  The Bible tells that Joshua "commanded the sun to stop".  Also papyruses of the ancient Egypt recount that once there was a very long day in which the sun came out first by the West and hid by the East, and then, without passing the night, it came out by the East and hid by the West.  From the antipodes in Peru we have the testimony of the ancient Incas who, by the same time, experienced a very long night in which "there was no dawn for over twenty hours".

The three days in which Earth remains at a standstill will be the most sacred that man has ever lived since his creation.  Three days needed Master Jesus to convert his mortal flesh into a Body of Light, and that same time will need our dense matter to live the process of resurrection, this time without the need of having to pass through the death experience.  The planet will become ascended anyway and to be placed in the evolutionary scale as a world of the fifth dimension.  But the human ascension process is an individual business and of freewill.  It will be achieved by those who have created their own null zone, that is: zero in fears and emotional reactions.  And to have done the corresponding polar inversion, with the internal compass calibrated in accordance with the values of the spirit, and not with the north pointing to the quest for power, fame and money.

[Editor’s Note:  Also three days spent the initiate in the sarcophagus during the Initiation of Resurrection in the King’s Chamber in the Great Pyramid.  See "An Egyptian Initiation" in this website.]