The Fear of Death

The Fear of Death 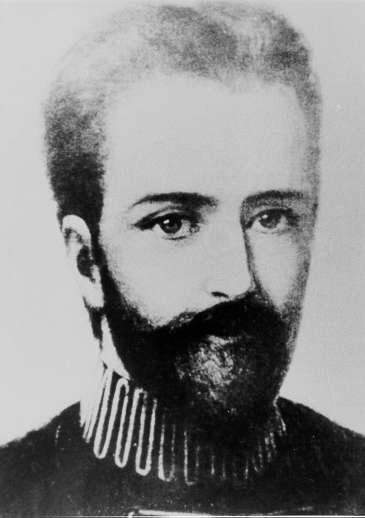 Message channeled by Mike Quinsey. Published in this website on July 28, 2004.

One of your biggest fears is that of death. It largely comes from not knowing what happens afterwards, particularly if you have had any type of religious upbringing, where you may have been lead to believe that you will face your Maker. There is fear also that your last years may be in sickness and pain, and the sadness of leaving your loved ones behind. Yes, of course there is pain with illness, and as your body breaks down with old age, it is an uncomfortable time.

The truth is that there is absolutely nothing to fear about over the death of your body. The real you lives on, and you are going through nothing more than a transition. One minute you are on Earth, the next minute you are aware that something has changed and although you seem to still be here, something strikes you as being odd. Very frequently a dear one who has gone on before you will appear and soon beckon you to join them, and you quickly you both depart. The next thing you know is you are meeting family and friends, who greet you to make you welcome in the higher dimensions. In the case of accidental death, particularly if it has been very traumatic, by the very nature of what has happened you will be in a state of confusion, and could be Earth bound for a short spell. To some extent this will depend on your beliefs about the after-life, and if you believed that death was the end, you may walk the Earth for a period of time before you are rescued. It will be most disconcerting, because you will speak to people and they will not respond because they cannot hear or see you. But people who have psychic abilities may do so, and indeed be able to contact you, and these are the same ones who are to be found in rescue circles. Sometimes you will awake in unfamiliar surroundings, particularly if you have been hospitalized prior to death, and yet much would seem to be the same. You are rested and find many old friends and family visiting you, but these are ones who you realize have already passed on. The fact is that you are being given sufficient time to recover and regain your strength, and you soon discover that you are well and without any of the disabling problems you had whilst upon Earth. You have others of a more religious disposition, and their thinking has been programmed for them to expect to be met by a special being such as an Angel. Generally speaking, you will experience your passing over in accordance with your beliefs. If you believe there is nothing so shall it be, that is until your realization tells you differently and you can proceed on your journey.

Dear friends, you come to Earth by appointment, and you leave the same way, except in cases of what you call suicide where the termination of your life is self-imposed. If it is drug induced, you will have put yourself outside of the influence of your Soul that may otherwise have been able to do sufficient to save you. Drugs can put you partially out of the body, and that is one reason why you hallucinate, and another as to why you start to care nothing for your life.

As I have mentioned quite recently, there will come a time in the not too distant future when you will never experience death as you have on Earth. You will be totally aware when you have reached the completion of a particular term of life, and you will lay your body down and in full knowledge of your actions, will move into the next phase. For a great number of you, this will be your last incarnation into an Earthly cycle, and therefore the last time you experience death in such a manner. However, the majority of you will go through Ascension having risen up with your body.

Fear is your shadow; it follows you everywhere yet in death there is really nothing to fear at all. It can be as gentle as going to sleep, and that explains exactly what it is, as easy as shutting and opening your eyes once more. You have done this hundreds of times and subconsciously you know that the cessation of life is not the end. Death has become such a taboo that you hardly dare talk about amongst yourselves, which is a pity as that could help alleviate the absolute fear that some have at the mere thought of death. Even the very word frightens some of you, so try to look at it in the terms of a transition, which it truly is.

You will have noticed that people who live in countries that have a better understanding of life and death, will often celebrate the departure of a loved one. That is because they realize that release from the physical body, is a signal that the life has been completed. There is joy, and no sadness or sorrow, as they know that eventually they will meet again. It would be better if people in the West could throw off their pre-conceptions of what death means, and look at it anew in the light of the evidence for life after death. How much more relaxed and easy going your last years could be, and how that would lessen the amount of sorrow that carries forward, often for many, many years.

Life is infinite, and you have your immortality, a great gift from God. Life is to be enjoyed as a wondrous experience that you will now take into the higher realms. I speak to you all as equals, except that many of you do not know it. I hold out my hand in friendship and Love, as we have traveled together many times before. We will come together again soon, and start on another grand journey into the promised Golden Age. I can hardly tell you what great possibilities it holds, except that it will surpass anything you could have imagined.

I am St, Germain and I bring you Truth, Love and Light to guide you on your way.