Spiritual Sun, Giver of All Abundance

"Divine Being of Light, I salute you! I resonate with joy and exhilaration for indeed you represent the reflection of reality that be I and you are a teacher and mirror and symbol of divine light! I salute you in the grandeur and magnificence that you are and in the knowing that I be also thus."
Ascended Master Saint Germain’s salutation to the sun.  From the book "Twin Souls & Soulmates", The I AM Presence of St. Germain channeled through Azena Ramanda and Claire Heartsong, Chapter 7, "I AM Free."

Background:
This inspirational ritualistic drama is based on a Meditation on Resh

, the Hebrew letter transcribed as ¨R¨, of numerical value 200 and related to the Sun(1). It addresses the Spiritual Sun, the power behind the physical sun. It has references to the Tree of Life and finishes with an allusion to the spiritual marriage of the two polarities in man, the return to the Adam Kadmon.

Actors:
A frater and a soror.

Costumes:
Both actors will wear two-colored tunics: gold for the right side and silver for the left.

Preliminary:
A Presenter, or, if not available, the actor, asks the Brethren to form a circle by holding each other’s hands (as possible alternate male-female in the circle, when two circles are formed, positions should be staggered.) The Presenter stands at the center of thecircle and explains the symbology of the drama given in background. Then, theactor looking at the sunset starts to speak eloquently and ceremoniously. 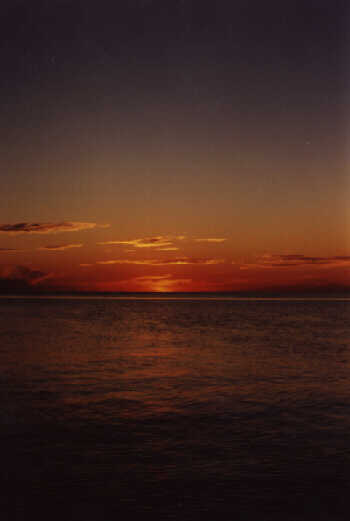 -Spiritual Sun, Ruler of the Planetary System, We salute Thee!

He salutes the sun by extending his hands with palms down in its direction and bending forward.Then he says:

-Spiritual Sun, Giver ofAll Abundance, now that Thou returnest to rest in the distant horizon, we gatherhere to thank Thee for Thine works of the day.

– Thou causest everymovement. Thou hast provided life to countless beings upon the Earth, Thy raysnourish the plants and Thine warmth regenerates our lives. When we breathe, itis Thy Breath of Life that feeds us. Indeed, Thou art the Giver and Provider.(With extended arms bow to the sun and then turns to the North.)

The soror steps into the center to theleft of the Presenter. She turns toward the sun and makes a similar salutationas did the frater. Then she facing the North says:

– I am in Thee and Thoushinest in me. I strive with earnest desire to mirror Thy Light in my heart.

Here she places her hands overher heart, then facing the frater says to him:

– May our faces reflectits radiance.

Then she turns her face to the North andsays as speaking to herself in a pensive attitude:

– Thou art great and yetsmall because Thy magnificence cannot pass unnoticeth and yet Thy fiery forceis hidden even in the smallest creature.

Turning her eyes to heaven speaks:

– Eternal Disk of brilliant countenance: Glory is Thyrepresentation because Thou art the symbol of the Eternal Source, the PrimeCreator. In Thee, Beauty manifests.

She now raises her left arm and,pointing to the sky toward the South, says:

– When Thou standest atthe zenith of the South, Thine accomplishments are so great that our eyes canonly see them through dark veils lest they burneth.

Both actors face the East. The frater ina mournful attitude shows sorrow by covering his face with his hands and thensays:

– Without Thee, we returnto the North, that cold and dark place where fear reigns. Certainly without Theewe return to grief, fear and ignorance.

He bends forwards as carrying a crossand says:

– On us heavy is ourcross, far too heavy at times to bear! [now he extends one hand topoint the ground in front of him and says:] Andyet, it is but the shadow our bodies cast when we extend our arms in praise toThee(2).(This he says while extending his arms horizontally as to form a crossand facing heaven. He should take a step back to make room for his extended leftarm so as not to touch the soror. After speaking, slowly lowers the arms.)

– Knower of Creation:Initiate us into Thy Mysteries. Now that we are dwellers in a world of forms andillusion’s fire, we ask to bring Thy rays to us to illumine our eyes so we cansee the Splendor of Thy creation, and through veils of ignorance behold Thyspiritual radiance and what is hidden behind. That radiant power that speech cannot express but the heart! (as she says this last part, she takesher right forefinger to her lips and then moves her open hand to her heart.)

– Give to us thy Strength  and Understanding to exert right action and judgment in ourlife affairs, to see and feel Truth, not with our intellects but with ourhearts! (as she speaks, she takes her hand to her right temple andthen moves her open hand to her heart. Now both actors turn West.)

The frater, facing the fainting rays ofthe hiding sun and extending his hands toward it, says:

– Thou, Giver of Life:Take us under Thine wings, so that we, like Thee, can rise to thoseinsurmountable heights where the courageous dwell. For so said the inspired poetHomer in his Odyssey: «Haste, let us flyand all our sails expand, to gain our dear, our long-lost native land.»

Whilespeaking, the soror initially turns to the frater and then faces the sunset toconclude:

Note: At this point thetechnician plays an uplifting music.

– Certainly a day will come when we will riserejoicing, singing a new song of Immortality, dressed in Spiritual Garments ofLight, in that pristine Spiritual Light we hath seen so far in Thee only, but weshall in ourselves, our true selves.

Frater and soror join voices and holdhands to say in unison (or they may  sayalternating sentences):

«Letus become children in heart, Victorious, Resurrected. In that not too distantday, our Crosses will be standing upright and shining in Thy golden Light, ourheads will be Crowned in glory and our souls will be transmuted into splendidblooming Roses. So Mote it Be!»

The technician fades the music out.

The Presenter starts a meditationhealing exercise by saying:

Note: The soror stays at thefrater’s left side at the center facing the opposite direction.  Bothmeditate at this place.

– After I finish describing this healingmeditation, you may start.

– Peace and healing begins within. Let us holdour hands by placing the right hand over the left in front of our bodies (whilespeaking Presenter and actors go through the motions) to balance our inner masculine and feminine energies. Feel this balance. Begin radiating it throughout your body. Expand it to encompass this group.Finally, imagine that it radiates to bathe the Earth with its healing energies.Hold this visualization until music stops and bell rings. Then, release theimage to manifest!(here the Presenter and actors make a circular swing motion separating hishands to represent the releasing of the energies.)(3).You may imitate this motion. Now, take three deepbreaths and close your eyes. (The Presenter may lead the breathing.)Begin your visualization. (both actors remain in the center through thewhole meditation.)

The technician plays a soft meditationmusic for no more than three minutes.

Finally the Presenter asks all members to breakthe circle.

3. Iexpress special thanks to Soror Andrea O’Brennan for her insightfulcontributions to the closing ritual and her beautiful costume design highlyappropriate for this occasion. [Andrea was born inEl Paso, Texas on November 30, 1944, and passedthrough transition on December 6, 1999 at age 54 after a long battle with breastcancer.  She was the Director of the Traditional Martinist Order TMO and avery dedicated Rosicrucian staff member at the Rosicrucian English Grand Lodge AMORCat Rosicrucian Park in San José, California, USA .  She was excellentin ritualistic matters, knowing rituals by heart.  May her love for theOrder continue from beyond the veils. BV].