Power of the Mind

Power of the Mind 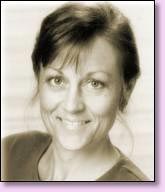 Some of you have been asking, "Where’s the newsletter?"  I’ve been putting out fewer newsletters lately since the focus of my attention has been on various projects —and now it’s about moving to a new location.  So please bear with me.  Until I get settled in my new residence, you may wonder if I’ve dropped off the face of the earth.

Focus is a powerful force and greatly impacts the reality we experience.  It is also a powerful force for manifestation.  I’ve written several commentaries over the years regarding the power of the mind and how we use our attention.  I’ve been inspired by the early and current works of scholars and mystics on the topic, finding it a fascinating "gateway" to further understanding the mind and how it can be used to improve our personal lives as well as improve the world around us.

Even though we all use our attention on a daily basis —even on a second to second basis—most of us do it unconsciously.  Few realize that the power of their attention has anything to do with the conditions they attract into their lives.

I had a startling first-hand experience with this power many years ago while I was completing my certification as a hypnotherapist.  It was a superb education and training course and I learned much about the mind, how it works, and how we can literally re-program our thinking patterns with hardly any effort in order to improve our lives.  But it does require a shift in focus and a willingness to change.

One of our instructors during the course was a well-known hypnotist.  Not only did he use hypnosis to help people overcome very difficult health conditions, reduce and even eliminate pain, he was also gifted as a mesmerizing stage hypnotist.  He provided some amazing demonstrations during our class.

He went on to show us how the mind can have total control over the body.  He specifically wanted to teach us how to do inductions —a verbal, instructional, step-by-step method of relaxing a persons body, overriding the ever present resistance of the conscious mind, and influencing the all-powerful sub-conscious mind into achieving the "impossible"—and usually includes touching the body to help bring about deep relaxation.  It can take about five minutes to go through the whole process, maybe longer, depending upon the person.

For this demonstration, he chose a tall and very large man from our group.  He proceeded to perform the step-by-step induction on him.  Once he finished the induction —making sure that the man was, indeed, in deep hypnosis— he placed two classroom-chairs about 5 feet apart with the seats facing away from each other.  He then asked two students to approach.  After giving the large man the hypnotic instruction that his spine was solid steel and that his body was as light as a feather, these students easily lifted this man —whose body was now quite rigid— and placed him in a laying position where his neck rested on the back support of one chair and his ankles rested on the back support of the other chair.  Between these chairs was nothing but space —nothing that his large body could rest upon.  And yet, there he was, suspended only by the back of his neck and the back of his ankles —as firm as a piece of wood!  It was baffling to see all of this up close, in a typical classroom with bright lights where no trickery could occur.

After the man was brought out of his hypnotic state, the hypnotist suddenly turned to me and said, "You, Paula, can do this without an induction."  Upon hearing him say this, I instantly "saw" a vivid shaft of light go through my spine —like an illuminated steel pole— and my body went completely rigid.  I vaguely remember being lifted up and laid with only my neck and ankles on the back support of the chairs —it was a very strange state to be in.  So intense was my focus on that brilliant, vivid "pole" of light running up my spine that the room, the hypnotist, and the students who lifted my body, became only shadowy forms —even though my eyes were wide open.  I experienced no feeling whatsoever as my neck and ankles rested easily on the back of the classroom chairs —with nothing at all for the main part of my body to rest on.  There was only space between those chairs!

Immediately after I came out of my trance state, we had a short break, whereupon I went up to the hypnotist to make a comment on my experience.  But before I could speak, he turned to face me, and I will always remember his facial expression.  There was fear in his eyes —as if he was leery of me— as he said, "Do you realize what you just did, Paula?  You did that with your mind!"

I thought about it for a long time after that day.  I was able to put myself into a deep trance state without an induction, without anyone instructing my body on what to do, without any kind of method or relaxation technique whatsoever.  I literally "told" my body to do something extraordinary —and it became my reality.  How did I do it?

This experience has stuck with me ever since.  And I have to admit that whenever I’ve been able to focus my attention on something in a similar fashion, I’ve been able to manifest it —instantly— in many cases.  But why can’t I do this all the time and in all areas of my life?  Why is it that some things are so effortless for me to manifest while in other areas of my life I just can’t seem to get it together?

I feel that it has a lot to do with our comfort zones, our deepest beliefs —or lack thereof— in ourselves and our abilities.  Important, too, is how much we are encouraged and supported by those around us.

During that hypnotherapy training years ago, there was a lot of support.  All of us there were enthused and curious.  We were anxious to explore, learn and grow.  I trusted those people in the classroom —especially the hypnotist.  I wonder, how much further along would all of us be if we had greater confidence in ourselves and felt truly supported and encouraged by those around us?  What amazing feats and talents would we each be capable of? 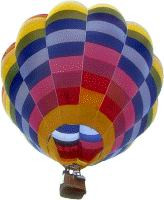 Some friends of mine once operated a successful hot-air balloon excursion business for many years.  While in flight, the hot-air balloon drifts along on the currents of breezes as they happen to be at any given moment, making it difficult to "steer" a hot-air balloon for that reason.  It is truly an activity that encourages "going with the flow" as being to one’s best advantage.

However, my friends had —as "captain and crew"— an interesting technique that assured that the balloon would land right on —or at least very near— the projected landing area.  When the flight was at its end and the balloon was in its descent, the captain would ask all the passengers to focus their attention on a particular spot on the landing field about a mile ahead and to hold their attention on it.  He claims this has always worked in landing the balloon where he wants it.

When swinging wild and wide from a long rope tied high up above to the branch of a tree, focusing one’s attention on a strong image of a solid shaft or cord of light extending from the base of the spine to the center of the earth and holding that focus will cause the swinging to slow down and stop much quicker.

Whenever I’m confronted with an angry person or anyone who is in the throes of emotional turmoil or confusion, I imagine a strong cord of light from the base of my spine to the center of the earth and I remain much more grounded, centered, and less affected by that person’s emotional state.

If I forget to do that for any reason, I can be thrown off center so much more easily.  Then I find I’ve been "had" and my "buttons" get pushed!  I may get angry, too, or become offended, or feel hurt.

These are only a few examples that demonstrate how powerful our minds are.  We have far more choice than we might at first believe regarding the conditions of our lives and how we are impacted by them.  How and where we place the focus of our attention can make all the difference in the world.

It’s also about how powerful the collective mind is, and how the thoughts and feelings of others can greatly influence us and our reality.  Giving support and encouragement to those around us for being their best can literally help them be their best!

So if you are focusing on the ills of the world and those around you, guess what?  You’ll see more of it and that will be your experience of life.  And it will likely be difficult for you to believe otherwise.

But if you’re focusing on the best that’s out there —in yourself, in others, and in the world— you’ll find that the challenges of life become easier to deal with, pass more quickly, and that enjoyment increases remarkably!