Monjoronson: The Upheaval That Comes

Monjoronson:
The Upheaval That Comes 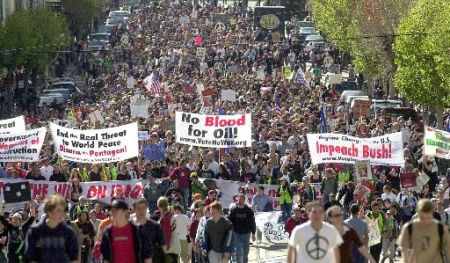 Monjoronson through Jess.  First published in this website on April 15, 2006.

Diario 8-04-06
Jess:
Monjoronson, I ask for your comments today as we begin to see clearly what is ahead. I seek your clarity and insight into the direction we are taking. Give us guidance from your perspective and focus. What actions will be most harmonious and truest to our purpose?

This is Monjoronson, and I will speak to you today in the view of what is to come. This will be an upheaval the likes of which you can’t imagine. Never have you seen such uprooting and uncovering of untruths before in your known existence. The way of the Light has been hidden from you for thousands of years. You have become tools of the Anunnaki by your inability to resist their overpowering force of persuasion. You who have lived on Earth these many years and many lifetimes have seen the progression from unknowing to a new awareness of the truth of your Universal oneness. You are now welcomed into the glorious future that you have imagined and created for yourselves. We are only your helpers. You are co-creators with the Gods who helped Christ Michael fashion his Universe of Nebadon.

Christ Michael created this Universe to explore the absolutes of perfection he found in the Creator Source’s vision of truth and harmony in proportion.  The arrangement of the planets and the orderly progression of its movement through the Cosmos reflect this observation and awareness. He designed this structured manifestation to glorify the works of the Creator. The planet you call Earth was to be a repository first and then a laboratory of ways to combine levels of creation. Man was the final creation here – a synthesis of all the universal elements embodied in all the other aspects of the planet. Man is parallel to the embodiment that became your Earth. Man is Earth. That is why Mother Earth Gaia has been so insistent Man go with her. You are her children and she wants to look after you still.

Man has mistreated his Mother badly in his blindness and misguided search for power and self-aggrandizement. This was triggered by the Anunnaki and then fed and nurtured by waves of outside visitors over the eons. Man was taught he was not connected with God and the Creator Source. Man assumed his overlords were his deities because of their intelligence and power. They allowed this assumption to work in their favor. The demise of the Earth was their intention – after it had been robbed of everything of value to them. This intention has structured your history for thousands of years. You don’t have a clear perception of your place on Earth and the reason you came here. 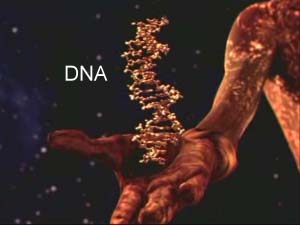 You were meant to be co-creators living in this dimension of manifestation with the mission of observing how the truths of the Universal Law operated. You were meant to oversee interactions and initiate new combinations and developments within the root elements you found here. You lost this awareness through planned hybridization of your normal DNA. The outsiders manipulated the true Universal pattern and created a mutation that lost its awareness of connection. They then told you were to worship and serve them. You have a genetic thread that remains connected to the Creator that was untouchable, but your memories that create the context for it to operate in this environment were distorted. You lost your knowingness and wandered blindly on in search of something you couldn’t identify.

This has come full circle and you now are beginning to see the full truth of who you are and what your purpose is on Earth. You see your connection to everything that is here. You see your link to the Father, Christ Michael, and through him to the Creator Source. He has come once to set you on the right path and now he has returned to take his creation in a new direction. This has been carefully planned since the beginning of his bestowal on Earth as Christ Michael.

I have been asked to come here to continue his work and to enforce his decisions. I will ensure his laws are known and respected. I will be the final arbiter of decision on how well your behavior has followed his intentions. This is not a judgment with penalties and punishment meted out as in days of your past. This is a weighing of your attempts and an encouragement of ways you can improve your increasing closeness to the Light. This is a positive experience to look forward to. This will be viewed by all as a complement to their roles on Earth in preparation to the shift that is about to take place.

I am ready to begin. I will manifest my mission as soon as Christ Michael has prepared the Earth for its Ascension. The chaos that will inevitably come with the upheavals I mentioned earlier will be monitored and assisted with our guidance. My legions of helpers will join in with you in the miraculous changes that must take place before Earth can Ascend to her throne of glory and beauty once more.

This is all for today, Jess. I will speak with you again.  This can be broadcast to all through your media.