Money and the Lightworker

Money and the Lightworker

Published in this website on October 9, 2006. Taken from: http://groups.yahoo.com/group/DiscerningAngels/message/20863

As the Piscean cycle comes to a close and the final battle between Light and dark rages, the call for Light workers to fulfill their promised service becomes even more urgent. The Masters of Wisdom have already taken their places at the battle lines but the Light troops are woefully lagging. Where are those initiates who promised to back the Hierarchy in its battle against the Dark Forces today? Did they not promise before incarnating that they would be willing and ready to do battle with darkness?

One of the principal impediments Light workers face in their desire to serve is MONEY. Leaving their jobs to answer the call to service immediately sparks fears for one’s financial security. «How will I pay my rent, my bills? I want to serve and I yearn to do something else, but what about my financial obligations?»

It is not surprising that money should be the Light worker’s chief impediment to making a commitment for service, because in today’s world the Dark Forces appear to control all the money.  It makes sense then that if they wanted to demobilize and demoralize the Light troops, they would strangle them financially if they did serve or reward them if they didn’t. How have these Dark Forces been so successful up to now with this strategy?

Embedded in many Light workers is a negative attitude toward money that needs to be corrected.  This attitude views money as dirty and unspiritual, a view fostered by the Catholic Church, Buddhists, Hindus and most of the major religions for centuries as a means of controlling people.  Poverty and suffering became virtues and synonymous with the spiritual. Some feel guilty when money comes their way, as if they do not deserve to have it.

There is also a related attitude that has permeated the New Age movement as a "holier-than-thou" attitude toward money. Yet these people often suffer from lack, which in turn makes them disdain money even more, for they consider it the cause of their suffering.

In reality, money is just solidified energy like all things material on the physical plane. It is neutral. It carries none of the moral judgments humans impute to it. As energy, it responds to the cosmic Law of Attraction. It likes and goes to those who appreciate it and what it can do. It will stay away from those who hate or secretly disdain it. You would do the same thing in a similar social situation.

But what if you were to look at money as one of the expressions of Divine Will? Some of you may even feel squeamish reading this. How could money be associated with the Divine Will? Again, this is the lurking attitude which resides deep inside you, and this is why money will flee from you. Properly used and directed, money can enable you to implement and fulfill your service to the Spiritual Hierarchy. Money combined with selfless service can make things happen in this world of duality.

Another attitude or belief is that money comes from only a few sources: a job, a business, an inheritance, a raise, your savings, and/or investments. But this limited point of view is just what the Dark Forces have fostered in your minds for centuries, for who controls business, banks, and investments in this world? And if one is trained to think this way, as we all have been, then one does not appreciate the universality and neutrality of the money energy. When one yields completely to Divine wisdom, to Source, money comes in the most unusual manner and from unexpected sources.

What should the Light worker do to rectify this situation? 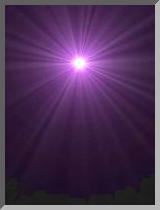 3.      Open your mind to the possibility that money will seek ALL channels to find you once you are open to accepting it. Imagine multi-channels not commonly known to mankind and not under the control of the Dark Forces. Create openings to circumvent the traditional controllers of money so your spiritual guides can help direct it toward you. Just let the money energy come to you in any form from wherever it is.

4.      Listen to your soul and find your place in service, then take your first step of service. If this step is not taken, then nothing will happen. By taking the first step you affirm that numbers 1-3 of the above have been fulfilled and understood.

As money begins to flow your way, manage it just as you would manage love and health energies flowing your way. Don’t give the management of this energy to others: take good care of it yourself, for it is coming your way for a purpose. Pay back all your debts until you are totally debt-free to begin your sacred work. Minimize frivolous and self-indulgent uses of the money energy. Direct the money energy toward your soul-related projects of service and as it finds its place in right activities, the money energy itself will attract more of the same energy.

The Amanuensis
P.S. I am looking forward to receiving personal accounts from you of how you have succeeded in overcoming the problem of money.