Reptilians and the Conflict with Humanity

I am Azael, your brother member of the Brotherhood of the Masters of Light.

I salute you all who started the path to return home. Today I will speak of the origin of all your difficulties.

The old battles between men and the dragon are found in the memories of almost all peoples as myths.  This is a conflict between two species, Reptilians and Humans, it is the reason why you are working on your planet and one of the motives of the existence on Earth.  This conflict is the base of the Universal game for the soul evolution, known as the «game of the integration of polarities» (Light and Darkness).  Some of you have a resistance to the word «Game» because you believe that this is only a joke.  Let me reaffirm the concept that you learn better by playing, and «as above, so below.»

The present bellicose events are a big blow to all, especially to those who work on the planetary ascension; the pain that is being generated needs a great effort to be healed.  You ask yourselves: Perhaps all that pain can be really changed and if that is the case, why what I do seems to influence nothing?

You have elected to not remember your multidimensional past in order to be able to see how hard it is the now in the presence of so many conflicts.  Do no forget you are «ALL» and participate in a game as creator gods, for your own evolution, thus nobody should be blamed.

What do the Reptilians have to do with the tragedies and bellicose events of your history?  I tell you, this is a progressing conflict between two species, Reptilians/Humans.  At a superior level, the events that happened in «the Pentagon and the Twin Towers are one more episode of the drama I have called the integration of polarities»; the multidimensional game of the «soul-essence».

The difficulties between the Reptilians and Humanity started in the star «Vega» of the constellation «Lyra», in a planet called «Avyon», where the first humans originated.  In the beginning of these ones they were allowed to evolve free of influences.  For them the myth of creation expressed the option of colonizing other planets in the Universe respecting and harmonizing with any type of life they would find.  With the growth of their evolution they were able to move to other planets near home, carrying in their hearts the seed of the sacred commitment with the Main Creator of striving and honoring all type of life.  Humans learned and lived the Law of One.  The Main Creator was simply a focal point for the consciousness that all were connected with the river of energy that flows in the ALL.  They were taught in the way of the Father «The Feline» (among many others a species known in all Universes that evolved eons ago), that all is energy and that there existed many other races in distant places to which some day they will reach and would impart them new knowledge. 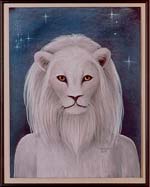 Devin, Head of the Nibiruan Council of 9D.  Royal House of Avyon. 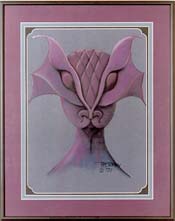 Humans were the greatest genetic achievement since they combined the best traits of all forms of life that the «Father» had found in his many eons of existence.  All creation felt pleased with the capacity of this new and marvelous species.

The Reptilians arrive a time after Humans had colonized other planets, a different species of powerful nature, strong and aggressive, with a beauty of their own, who carried in their Heart the certainty to have ownership over the Universe by divine right, as such, when they colonized a new planet at any time they could destroy all form of life they encountered, contrary to the nature of the creation of all galaxies.  THIS WAS THE PERFECT ARRAY FOR THE GAME OF THE INTEGRATION OF POLARITIES.

The Reptilians showered from many systems and different groups of the constellation «ORION» with their leaders «Alpha Draco».

Fortunately the first that discovered Humans were more evolved Reptilians than the majority of their species, these invaded their recently colonized planet, as scientific explorers in search of a new home, since they were rebels traveling on the backs of their own leaders.  Humans welcomed them as a new form of gods, different from the felines, fulfilling thus the ancient prophecy that stated in their myths of the arrival of instructing beings.

Since the visitors were peaceful they became friends and introduced very advanced technologies to men to perfect their expansion to more distant stellar systems.  At the level of soul-essence Humans were ready for a great technological and evolutionary change.  Remember that somebody said: «When the student is ready the Master appears.»

Both species gave an evolutionary leap, but in Humans this was greater, since they possessed a fully developed sensitive emotional body, with capacity to recuperate the lost pieces of themselves in a short time, which was not possessed by Reptilians who were totally military and mental, for them evolution was slower, but all benefited for a time.

During a long period a racial interchange was made and many modifications in positions of power.  When Humans became sharper and more astute, under the tutelage of the Reptilians also they learned power.  Their royal line «The Silvery Ones» (of blue eyes and blond) started to desire autonomy from their masters withdrawing support to them and felt the need to return to their mother planet to make their own government.

While this was happening in the planetary colonies, a series of fights broke out between Reptilians in Avyon; new colonizers turned against the main leaders of their species, since these ones were not destructive to humans and instead helped their evolution contrary to the laws of their race.

The newcomers initiated a war against Humans and their friends the Reptilians.  By that time both were well armed, thus the enemy invaders infiltrated in the population and in the government, expanding the virus of racism.  The result was that the inhabitants of the planet raised ones against others.  Humans started to hate Reptilians.  For those of mixed linage it was a very difficult time.  In the royal families the marital alliances between both species were forced to rupture, this brought much pain and destruction.  Then war among members of the ruling family broke out.

Humans launched the first attack and the result of this war was the TOTAL DESTRUCTION OF HUMANS, OF THE COLONIES AND THE PLANETARY HOME.  The pain of this and the confusion that was created was transmitted in all directions as «THE TRAUMA THAT ORIGINATED THE GAME OF INTEGRATION OF POLARITY.»

YOU IN YOUR EARTH CONTINUE THIS DRAMA!

As creator gods, you have originated a planet on which you can represent the harmonic healing on this matter.

The two species have carried the memory of that collective racial destruction in the DNA.  With exception of few changes, you have again represented the same drama and you are living it at this time.

The Reptilians/Nephilims who days ago completely destroyed and incarcerated your soul-essence within an electromagnetic field by their great technological development and knowledge of Universal laws are actually infiltrated on earth as rulers of the nations, they hide under haughty faces, they claim to have as objective those who are not in agreement with their plans and with their assumed world peace, but only what they want is to finish what days ago they almost finished.  Remember also that you have allies who do not abandon you, because some days ago you lived in peace and harmony and they want to repeat it.

At this moment, dark Reptilians work from other dimension helping those of their linage in your world who want to destroy you and take possession and/or the complete incarnation.  They have created a new electromagnetic field that incarcerates the earth.  The majority of you remain ignorant of this.  The Reptilian play the role of your oppressor, without being seen, they know humans and their allies help the realignment, recoding and activation of DNA, what would truly make you more powerful than them, because you have something they do not have, a fully developed emotional body.

Why this is so important?  Because with your emotional body you will be able to build the most powerful tool of creation in the DNA.  These tools are «compassion and love of the vacuum» (unconditional love), the highest possible frequencies and if you obtain them, you will be able to create new realities or change them, not just enlightening your bodies, but also transmuting emotions such as hate, anger, grief, shame, etc., into COMPASSION.

This transmutation process is made above the heart or at the thymus, where low frequencies are changed into high ones, in the same way a flaming stove transforms wood into fire.  With compassion you can generate a new magnetic field I have called «planetary compassionate grid», [see the articleplanetary grids, in particular here he refers to the grid of Christ Consciousness] with which you will be able to modify any frequency; this means to dissolve the electromagnetic barrier built by the Reptilians and thus recover the freedom of your soul essence and of the planet.

How to finalize the conflict?  You have to play a totally opposite game to what you did in the past, integrating light with darkness.

It will be THE THIRD GREAT EXPERIMENT OF THE POLARITY INTEGRATION.  Thus you will be able to recuperate your greatness, attract the past collective memories and the total consciousness of your divinity.  Know that THE FIGHT WITH DARKNESS AT ITS SAME LEVEL WILL NOT HELP YOU, AS A MATTER OF FACT, IT GUARANTEES FAILURE.

The way to finalize the game will be to use a weapon they do not have: the love from the vacuum and the 4D compassion, because when the race becomes aware that the manifestations of darkness are simply external forms to itself stops all fight and integrates because they become aware that we are ONE with the ALL, thus, Reptilian and Human, man and woman are the same.  Open the hearts to embrace your dark side and to arrive to the totality of Being.  Then with tears of joy you will dance the dance of the integration as passionate lovers, creating a world of harmony, bringing this game to an end.