Curriculum and Higher Order on the Higher Realms

Curriculum and Higher Order
on the Higher Realms 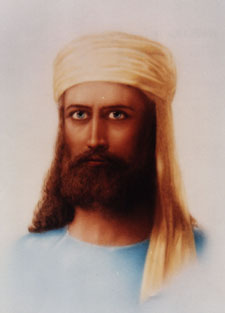 You are now being prepared, Dear Ones, to learn the dynamics of how you will be functioning in the fourth and fifth dimension. In the higher realms, we no longer function so much as separate individuals. All we do is done more at group level, so to speak. It is no longer so much "I did this and I did that". It is more like "we did this and we did that" as a group, together. This is your next step, Beloveds, to learn to function as group awareness, in total oneness, love and harmony, while retaining your individuality as a soul.

In the fifth dimension you create instantly by your thoughts. If your thoughts and feelings are not loving and harmonious at all time, you will be creating havoc in that dimension, and know that it simply will not be tolerated. If this happens, you will be sent back to the fourth or third dimension once again, whatever will be the case, until you learn to control your thoughts and feelings, and master the full curriculum of those dimensions. This should give you a clue as to why so many of you are still here in the third dimension. Some of you are here physically on Earth right now because you have volunteered to come and help the Earth during Her transition, while others are still here because they have not yet applied themselves enough to master the curriculum of Earth to a sufficient degree to qualified to move on to the next level.

The fourth dimension is the place where the last stage of learning of this mastery will take place for many of you in the next 10 to 12 years ahead. The sooner you are able to master your thoughts and feelings and open your hearts to unconditional love, the sooner you will be able to personally climb this spiritual ladder, as you yearn to move on to the higher realms of those dimensions. Each one of the higher dimensions has seven levels of learning and initiation; each level will have to be mastered before moving on to the next. This means that as souls, some of you will make it to the fifth dimension sooner, while others will linger on for a very long time. It is all a question of the choices you are making in the every now moments of your daily life.

Learning group dynamics and learning to master group work with set intentions and total harmony and cooperation with each other now, while still on the third level, will give you a head-start in your near cosmic future. Anyone trying to create separation because of human opinions, right or wrong, it does not matter, may very well be creating for themselves a situation that will cause them to be held back, at least temporarily, in their climb to the top. This principle applies to all groups, not only to spiritual groups.

By those words, I just cracked open the door, Beloved Ones, to give you a glimpse of part of the curriculum you will have to learn and master while transitioning into the fourth dimension, on your way to the fifth. Although the Earth is scheduled to ascend to the fifth dimension by 2012 by your present way of calculating time, I tell you it may happen sooner. It does not mean that all of humanity will follow immediately and automatically. Those who have not mastered the curriculum on all levels of the third and fourth dimension will be held back until they do, or will have to reincarnate on another third dimensional Earth situated in a parallel universe. There will be several optional places to go to for those souls who are not choosing to move on at this time, and for those who will not qualify to make it into the ascension spiral. Many souls from Earth have al-ready been incarnating on those optional places in the past 20 years.

There is a misconception among many people on Earth that when the planet ascends to the fifth dimension, all of humanity will ascend with Her "unconditionally". Many erroneously think that they will ride the wave of ascension with Mother Earth on an automatic pilot without sufficient preparations, without dealing with their psychological and emotional issues, and without having to walk the path of initiation that everyone else has to master. Although the opportunity for ascension is being offered to everyone on Earth "unconditionally" at this time, none can skip the various steps to get there. None will make it to the top without first getting rid of their human baggage and past each level of initiation that takes you to this glorious goal.

Granted that the path of initiation has never been made to easy, the ascension doors have never been opened so wide, the Earth has never received so much assistance, and you, Beloveds, have never received so much grace. The grace that is offered to you at this time is of a magnitude so great that only in your cosmic future will you be able to understand the full impact of it. This grace of such great compassion that is offered now to humanity does not mean that the path of initiation is scrambled. There is no short cut to this ascension door; all initiations will have to be mastered one by one. The grace that is offered on the planet now, and in the months and years to come, will soften your path and will shorten your walk. How much shorter will your walk be? It will be different for each one according to their ability and willingness to open their heart to Unconditional Love and their application of the Laws of Life.

Because abuse of power and distortions of divine principles by governments and religious leaders, and in practically all walks of life, have been so rampant on Earth for so very long, many of you live with a passionate desire to experience freedom from control and manipulation, from application of a distorted system of hierarchy. A great majority of you is now completely turned off to the idea of hierarchy of any kind, even spiritual hierarchy. Because your hearts are still in pain over this long-term abuse, it is very understandable from our viewpoint.

In the time to come, this system of hierarchy will be implemented on Earth as well; it simply cannot be otherwise. It will be benevolent and will be based on Love and Divine principles. The ones that will rule, will rule only because of their divine rights to rule. The level of spiritual attainment, love and mastery they have attained will earn these rights. A system of hierarchy based on divine principles is not designed to deprive you of your powers by all means. On the contrary, it will serve to enhance your divinity and your powers to great heights.

I ask you to let go of your misconceptions and fears concerning spiritual hierarchy. We perceive that many lightworkers are almost making vows to reject any kind of authority. On the higher dimensions, all of us, including you, and who you are on the other side of the veil, all of creation, from the tiniest insect to the highest level of the Godhead functions on a system of hierarchy. When you move to your next level, you will find that you will be working and studying in groups. Each group is always sponsored by a member of a higher echelon on the ladder of evolution. This does not mean that one is superior to the other. Ultimately all is one, and none is better than the other. It simply means that one has attained sooner than you what you are striving for, and is willing to be your mentor in attaining your goals.

On the same token, as you take classes and work under those who have attained sooner than you did, you will also be responsible to be in a position of hierarchy or mentor for a certain group of souls who have not yet attained the same level you have, and it will be with great joy and a feeling of fulfillment that you will work with them. The ladder of evolution and attainment is earned through "service" to life. This is one of the mysteries of this great chain on Life. This is why we are always so willing and in joy to be of assistance to all of you.

There is what you call "free will" on the higher dimensions. There is also a greater sense of freedom than experienced on Earth, yes. But know that there is no free will or liberty when it comes to the freedom of misusing energy with negativity as it has been permitted to create and experience on Earth for so very long. I ask you, Dear Ones, to start practicing now what is required to attain your mastery. The payoff is very much worth it.

I AM El Morya, the Guardian of the Diamond Heart of the Will of God.