Call to Service for Suffering Humanity

WRITER, SPEAKER, EDUCATOR, VISIONARY, PSYCHIC, MESSENGER.  The Puerto Rican Sally Barbosa is a doctor in Parapsychology, certified neuro-linguistic programmer (P.N.L.), esoteric astrologer, expert in natural therapies, educator, speaker and writer.  During the past thirty years she has been involved in the investigation and development of systems and techniques to utilize quartz crystals and other crystalline matrixes as agents of healing, transformation and ascension to new levels of life.  She offers courses and workshops to train in the use of quartz crystals and other subjects within the field of human development in Puerto Rico, United States, Central and South America and Europe.
She is author of the book "Quartz Crystals: Agents of Healing and Transformation" ("Cristales de Cuarzo: Agentes de Sanación y Transformación"), the first one written in Spanish on the subject.  To this one follows "To the Light of the Crystal, Crystals and You" ("A la Luz del Cristal, Cristales y Tú"), "The Science of Crystals" ("La Ciencia de los Cristales"), "The Magic Power of Turmalines, Amathysts" ("El Poder Mágico de las Turmalinas, Amatistas"), "Sacred Fire" ("Fuego Sagrado"), and "Magicians, Crystals and Pyramids" ("Magos, Cristales y Pirámides").  Other books of her are: "Via Fourth Dimension" ("Vía Cuarta Dimensión"), "And the Light Was Made" ("Y la Luz se Hizo"), "In the Intimacy" ("En la Intimidad"), "Integration" ("Integración"), "Beyond the Other Side" ("Más Allá del Más Allá"), "Reincarnation" ("Reencarnación"), "Images" ("Imágenes"), "Memories of an Extraterrestrial Being" ("Memorias de un Ser Extraterrestre"), "I Will Always Love You" ("Siempre Te Amaré"), "Masterly Flight" ("Vuelo Magistral"), "Wings" ("Alas") and "Remember" ("Recuerda.")
In 1985 Sally Barbosa founded Proyecto Alas, Inc. , (Project Wings, Inc.), an institute for the full development of the human being, based on the philosophy that she presents in the book "Wings" ("Alas"), extraordinary work that teaches the human being to raise his own wings and … to fly.  During five years she led the successful radio program "Conversing With You" ("Conversando Contigo"), the first one of the New Aquarian Age in Puerto Rico. This success was repeated in Radio San Diego, California, from 1997 to 1999.  Considered an authority in the field of communications she has participated in radio and television programs in various countries around the world.
In 1988 she founded the "Sorority Vesta" ("Sororidad Vesta") and the "Fraternity Helios" ("Fraternidad Helios") that gathers in brotherhood people of diverse nationalities, ages, socio-cultural and economic states, seriously committed with the processes of consciousness raising.
In 1992 the "Peace Flag Committee" ("Comité de la Bandera de la Paz"), a non-governmental organism of U.N.O., awarded her with the Peace Flag, in recognition of her services for world peace.  Dr. Barbosa has traveled across innumerable countries giving lectures, facilitating workshops and seminars over diverse subjects within the field of human development.
She continues her classes, workshops and seminars and offers support to those people in need of help, harmony and family integration through Astrology and also teaches the Seven Levels of Alchemy which are courses on gradual illumination for the magicians of the Earth.  Address:Calle Rita A, A # 23  –  Villa Rica, Bayamón, P. R. 00959, Telephone (787) 785-7915, e-mail:sbarbosa@coqui.net

Published in this website on December 30, 2004.  Original in Spanish, translated to English by Luis Prada.

Note of Editor: Earth is going through a cleansing process, many more natural disasters and geological Earth changes as the one that affected 11 Asian countries are expected to occur in the future.  This article teaches you how to effectively send energy and spiritual support to those in need.  See also the article:Earth Changes Are Coming.

This is a call to all the voluntary workers of the Light and Love in service on Earth.  We have incarnated in this Earth world in many, many occasions.  We have lived in all the continents and have been members of all the nationalities, ethnicities and religious groups.  We have had all type of relationships and spoken each language.  The moment of redoubling our efforts together has arrived to complete the assignment that brought us to this orb.  We commit ourselves to participate in a world transformation and in the healing of humanity of which we are a part.

Our beloved planet has entered into a stage of transformations and reconditioning tending to recuperate its level of harmonic and balanced vibration.  We are moving outside of the artificial time, lineal, measurable and predictable, where the known concepts so far won’t have validity

We can do much utilizing Light, crystals of quartz, sounds and sacred geometrical patterns.  The telepathic faculties of humanity have been incremented.  Let’s gather ourselves in the service of ONE.  We invite you to unite our crystalline Lights in a single UNITY.  Fulfill your part, with your function within the Perfect Plan of Evolution. 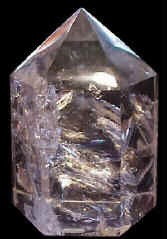 The message arrive to those who wait for it while they sleep, pray or meditate.

2 thoughts on “Call to Service for Suffering Humanity”