Sometimes the winners, or triumphers, are not those to whom the whole world applauds and recognizes.  Are not those who built great works, put their leadership on record or traveled first class.

Sometimes the winners are not the genial administrators, nor the visionaries of the future nor the great entrepreneurs.  Because of that, perhaps we do not recognize them in the midst of so much thinker, philosopher or technologist, who are supposed to lead this world through the path of progress.

Sometimes the winner is not the international negotiator, or the builder of world class enterprises or the dazzling statistician who attends summit meetings.  It is not who toils to exploit much, but who still cares about himself.

Because the winner can be also who quietly strives for justice, although he may not be an orator nor a brilliant diplomat.  The winner may not equally be who vanquished the excessive ambition and was not seduced by vanity or power.  It is a winner who nevertheless did not travel to foreign lands much, frequently made journeys to the interior of himself to dimension the possibilities of his heart.  It is he who perhaps never raised with anger his hand in the podium of victors, but succeeded quietly in his family and with his friends and the closer to his soul.  He is, perhaps, who never appeared on the newspaper pages, but did in God’s diary; who never received acknowledgement, but always obtained it from his own; who never wrote books, but did letters of love to his children and who thought in redeeming his country through the asphyxiating adventure of his work common and routinely and he who preferred the shadow, because, finally, it is as important as light.

Sometimes the winner is not who has a splendid office, or an executive secretary, or possesses three masters; or makes strategic planning or elaborates reports or assesses projects, but whose life has a sense, he does planning but with his family, has time for his children and finds fascinating enjoying the beautiful dance of life.

Sometimes the winner does not go down to history, but is he who makes history possible; who finds gratifying to convince and not just vanquish and who with a peaceful manner and determination struggles to make of this world an better place to live.  He knows that even though he will live once, if he does it with mastery, with one time will be enough. [Editor’s Note: We live more that once.  Each life is just a passing reincarnation, but each one should be lived to its fullest for good as if it were the only one.] 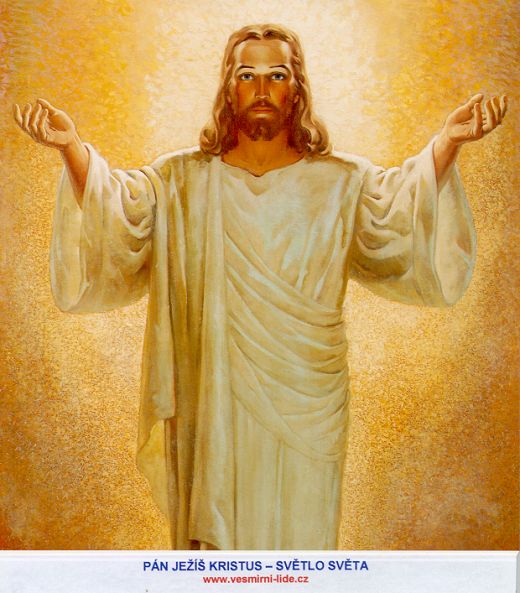 Sometimes the winner does not have to be the one who built great scaffolding and administrative structures, but he who knew how to construct his home, he is not the one who carries a cellular, but who chat with his children, does not have email, but knows and salutes his neighbors, has not gone to outer space, but is capable of going to his inner space and without having done great architectonic works, knew to build himself and was, as the poet says, the accomplice of his own destiny.

Sometimes the winner used to be Teresa of Calcutta, or Francis of Assisi or Nelson Mandela, or perhaps the quiet nurse, the simple worker and the forgotten farmer, because as persons they succeeded over apathy or disenchantment and with their own daily effort made the difference.

Sometimes the winner could be the poor carpenter of an ignored place, or the simple woman of a town, or the humble child born in a manger, because there was no place for him at the inn…

It is a winner who may close the eyes each night with the tranquility of knowing that he loved, that could give peace and that he carried wellness to others whose souls were uneasy.  It is a winner who can be found in the embrace and in the throbbing of his child and feels overwhelm by that emotion.  It is a winner who is a good person and can let bad actions go without his participation trying in silence to change from his place that world that hurts and destroys.  It is a winner who recognizes that has a mission and attempts to discover it even though darkness blinds him, even though mist covers his path and does not know if this one continues or ends there.  It is a winner who has warm hands to cling to life and with open heart lets enter in it all, even those who may come to hurt him.

It is a winner who dreams and surrender himself.  It is a winner who could rise again and again and who bet his life one and a thousand times and let on his side his pain to alleviate the suffering of those he loves.  It is a winner who can with the years lose the fear of feeling that the last station is near and is happy to read the billboard he catches a glimpse of now that on it is summarized his life, his triumph, and this one affirms:  Task fulfilled (without pending assignments.)