Open Your Eyes and Call On Hope

Open Your Eyes and Call On Hope

An Essay by José Antonio Iniesta ¡¡¡No to war, no to tyrants, no to an enslaved planet by hate and greed!!!

Even though the cruelty of what you see wants you to close your eyes, do not close them, open them forever to the horror from which can only rise hope to change the course of our existence. 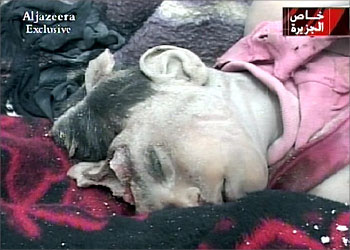 What human intention can take away the life of a child, smash the timeline full of dreams and illusions? Where is the word that justifies those lips to no longer kiss the beloved one, that that mouth be quiet forever, incapable of pronouncing a verse that makes all human beings happy? Where are the eyes that as transparent mirrors might have spoken of his innocence?

How far has the human madness gone before understanding that underneath the skin we are all equal, that only an eternal and collective soul can grant us the wings to fly above all this misery we are creating?

Who asked us, we who populate the streets, if we wanted to be accomplices of this limitless desolation? Who heard the eternal plea for a world in peace and justice for all?

Each time somebody falls dead among the din of war dies a child, a father, a brother, of that great family that is humanity; each time a being is deprived of the sacred value of life it is torn down a branch of the tree of the human species.

Where does this madness take but to the darkest of the wells, that cruel whip of the lost gaze?

Is it not perhaps my child that child that dies too, is it not perhaps my illusion that one that falls stained in blood by the missile that leaves a stele of death in the sky which is also mine?  Does that not wound me, the lost of what came from a womb, the ray of light that a machine-gun burst erased forever?

Nobody asked those who rise chants, the poets, the rainbow warriors, the dreamers, the time travelers, to so many and so many beings of peace in this planet, if we wanted to paint our sight with the red of blood.  Nobody asked us if, as legitimate inheritors of the Earth, we wanted her to be stained, that its beautiful face of sleeping woman be covered with the black mantle of oil.  Nobody, nobody, nobody wanted to know that only peace vindicates our name, that only the bond between all men nourishes us, that the supreme respect to Mother Earth is our banner.

Nobody remembered us at the time when power had more strength than the seed of man, at the precise instant in which anxieties, avarice, hurries, prepotency, anger, distrust, lack of generosity, quoted stronger in pocket than poetry, light, open hands, a hug and a smile.

Don’t the tyrants realize, come from where they may and invoke whatever their "gods" may be, those they invent, those of stone and carton, those that caricature with their fanatical views, that we are fed up to get governed with their hands full of blood, with their hearts hard as stones, with their look gelid by the spell of power, with their ears deaf to the clamor of people, with their soul blackened by the most terrible of epidemics, forgetfulness? 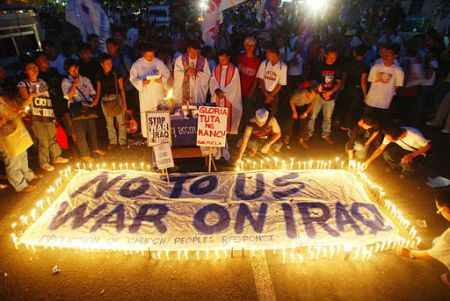 Don’t the executioners of the human species listen, the ones that have perpetuated themselves through millennia, changing masks, disguise, and creed, that the heart of men has not stop throbbing since the beginning, claiming land, a sun ray, a drink of water, the birthing of a child, a bed where to sleep and a sky clean with stars to let those stars take you away?

Don’t the emperors of silky paper remember the power of a simple drop of rain water, the powerful force of the cycle of life, the perpetual movement in the sky and the inexorable Laws of Cosmos?

Don’t the tyrants know perhaps that no empire stood up eternally and that the cycle of times finished inexorably with all of them when they extended their frontiers so much that were incapable of guard the sacred fire of their own hearth?

Those who forget the past could never sprout roots in the future, he who does not know to be firm as rock and flexible as rush, quite sure will be swept away by the incontrollable force of destiny, since he who sow winds, gather storms.

And as only in the Tao is the center and harmony, the forces will claim their balancing nature so that some day the waters return to their bed.

May they listen to us clearly.  We do not want to be accomplices of the tyrants, we do not submit to their bloody tricks, we do not recognize the laws of the violent, we do not assume suffering, retaliation and destruction as a norm of life for our children and their children.  And we claim, with the right that belongs to us, a world of peace and freedom. 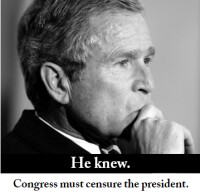 We are fed up, fed up, fed up of wars designed in neat tables, of constant aggressions to a living planet and with consciousness, of the destruction of towns, their cultures and their legitimate right to life.  We are fed up of darkness, of dominion of some over others, of rulers that do not fit to eliminate poverty and hunger, and distribute the wealth that corresponds to us all, of international summits of politicians that do not serve other than to perpetuate the vanity fair.

Remember tyrants of all the planet, the ones that always have been and the ones of white glove and respectable appearance, that the clamor of a people of peace is heard throughout the planet, and that they have on their side the worst of their enemies, their consciousness, the one that most certainly will prevent them some day to sleep peacefully.

All people cannot be deceived all the time.  The hour has arrived in which from the ashes of this devastated-by-greed planet rise the Phoenix bird of our hopes.

The time has arrived to be ourselves, and forever.