One Person Can Make a Difference 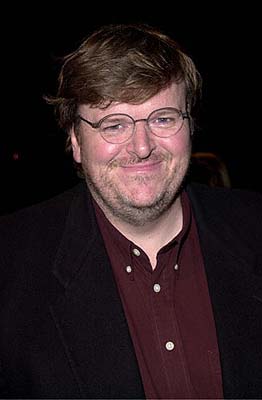 Excerpt from “Dude, Where’s My Country?” by Michael Moore, Introduction, Pages xi – xiii.  The title to this article was chosen to match the message.  It is not part of the original text.

History textbook publishers and establishment historians, under Illuminati control, write a history where lies mingle with truths, where societal changes are shown created by masses of peoples as "movements" to discourage individuals to take action against tyrants.  This is done with purpose and intention.  Really the changes are initiated, and in some cases done, by individuals who later are heard and, finally, followed by others.  So, yes, you as an individual CAN MAKE A DIFFERENCE.  The librarian Ann Sparanese is one of them.  Just speak up!  And don’t be fooled by Illuminati-controlled history textbooks. —Luis Prada, Editor and Publisher of "Brother Veritus’ Website".

Introduction
By Dove of Oneness.  Excerpt from her Dove Report of January 17, 2004.

As inspiration for all of us to realize that EACH of us can do things to help improve our world, I’m sharing stories that prove ONE PERSON can make important differences. I’ve read that the current history books given to students have purposely been revised to talk about “movements” but leave out the names of the individual people whose actions began the “movements”. For example, Gandhi made peaceful protest and peaceful civil disobedience a valuable process of peaceful change. Susan B. Anthony rose to the challenge as a famous leader of the battle to obtain women’s right to vote in the U.S. The Illuminati owners of text book publishers do not want students to realize that important improvements can begin with ONE PERSON; this is why the text books have been rewritten to discuss movements and not individuals.

ONE PERSON who is truly passionate about his or her mission CAN MAKE a difference. To encourage all of us to see that we each do have the power to make a difference, below is a story about a librarian who decided to stop a huge media conglomerate from destroying a book, “Stupid White Men”, written by Michael Moore. The librarian knew that a publisher destroying a book was as anti-free speech as Hitler and his book burning. Publishers care about what librarians think because librarians are responsible for choosing what books to purchase for their libraries each year; the librarian knew she had a reason and right to take action. The librarian made the decision to rally the troops and she was victorious.

Each of us has within us the ability to make an important difference! If you doubt you can do it, just read the story below and remember that one librarian led the charge to defeat a powerful and wrong-thinking media conglomerate.

I’m lucky, I guess, that I even get to write these words you are reading. Not just because I get to live in the most wonderfulest country in the whole wide world, but because after 9/11, my former publisher, Regan Books (a division of HarperCollins which is a division of the News Corp which owns Fox News and it’s all owned by Rupert Murdoch), was trying its hardest to make sure my career as an author would come to an early end.

The first 50,000 copies of “Stupid White Men” came off the printing press the day before 9/11, but when the tragedy struck the next morning, the trucks that would carry them to the nation’s bookstores never left the loading dock. The publisher then held the books hostage for five long months —not simply out of good taste and respect (which I might have been able to understand), but out of a desire to censor me and the things I wanted to say. They insisted I rewrite up to 50 percent of the book and that I remove sections that they found offensive to our leader, Mr. Bush.

I refused to change a word. A standoff ensued until a librarian in New Jersey heard me talking about the phone call I had just received from the Murdoch publisher telling me that it looked as if they had no choice, thanks to my stubbornness, but to “pulp” and recycle all 50,000 copies of my book that were gathering dust in a warehouse in Scranton, Pennsylvania.  I also was told by others not to expect much in the way of a book career after this, as word would spread that I was considered “trouble”, a royal pain in the ass who wouldn’t play ball.

This librarian, Ann Sparanese, a woman I did not know, sent out an e-mail to a list of librarians, telling them that my book was being banned. Her letter shot around the Internet and, within days, letters from angry librarians were flooding Regan Books. I got a call from the Murdoch police.
“What did you tell the librarians?”
“Huh? I don’t know any librarians.”
“Yes, you do! You told them about what we are doing with your book and now “we’re getting hate mail from librarians!”
“Hmm, —I replied, “I guess that’s one terrorist group you don’t want to mess with.”

Fearing there would soon be a crazed mob of wild librarians storming down Fifth Avenue and surrounding the HarperCollins building, refusing to leave until my book was liberated from the Scranton warehouse or Murdoch himself was drawn and quartered (though I would have settled for making Bill O’Reilly wear his underwear on his head for a week), the News Corp surrendered. They dumped my book in some bookstores with no advertising, no reviews, and the offer of a three-city tour: Arlington! Denver!  Somewhere in New Jersey! In other words, the book was sent to the gallows for a quick and painless death. "It’s too bad you wouldn’t listen to us", one Murdock operative told me, "we were only trying to help you. The country is behind George W. Bush and it is intellectually dishonest of you not to rewrite your book and admit that he has done a good job since 9/11.  You are out of touch with the American people, and your book will now suffer as a result of it."

I was so out of touch with my fellow Americans that, within hours after the book’s release, it went to number one on Amazon [Amazon.com books] —and within five days it had gone to its ninth printing. It’s in its fifty-second printing as I write this.

The worst thing to tell a free people in a country that’s still mostly free is that they are not allowed to read something. That I was able to be heard “and that my book would go on to be the number-one selling nonfiction hardcover book of the year in the United States” screams volumes about this great country. The people will not be intimidated and they will not be bullied by those in charge. The American people may look like they don’t know what’s going on half the time, and they may spend too much time picking out different-colored covers for their cell phones, but when push comes to shove, they’ll rise to the occasion and be there for what is right.

Editor’s Closing Words: The moral of this story is that Murdochs may come and go with their Gestapo censoring police but if that happens again to an unbiased and objective writer please remember that one person can make a difference and that there are librarians out there who disagree with that anti-free speech stance and are willing to stop it.  If they don’t hear the author they might the librarians when it comes to affect their pockets and interests.