How to Create a Miracle

How to Create a Miracle 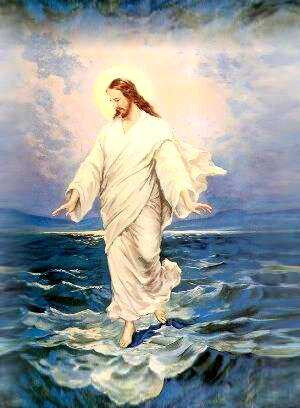 Introduction and Excerpts by Paula Peterson from the book «The Twelve Conditions of a Miracle» by Dr. Michael Abrams

Greetings!  Countless interpretations of spiritual teachings and sacred texts are why we have so many different religions.  The accuracy of original translations is based upon what could be accepted by the majority of people at the time along with their ability to clearly understand the meaning and effectively implement the teachings —all of which affected early interpretations.

Many of the ancient sacred texts —including the Bible— were misinterpreted in addition to being deliberately altered with huge portions of original text completely removed largely for reasons of controlling the masses through keeping the common man and woman in a state of ignorance and fear.  This is now fact that is backed by research.

Dependency on the church was encouraged, often through forceful means while self-empowerment was considered evil and a direct affront against God.  That is why Jesus the man (who became the Christed One) was such a threat to both the leaders of religion and the heads of government.  Jesus came to empower and enlighten humankind by awakening humanity into reclaiming its original birthright.  He performed miracles as a way of teaching us that we can also do this.  Creating miracles is one of the lost teachings of Jesus.

The parables of Jesus hold a great deal of unrevealed depth and in the original Greek translations, it appears that Jesus’ teachings give the power to human beings to change things for the better through positive thought and visualization. Later translations have traditionally tried to steer people away from self-empowering ideas.

Self-empowerment is about taking full responsibility.  Once you accept that you are creating your own reality, it can bring up disturbing implications —one of which is that you are responsible for everything— including all the unpleasant things that happen in your life. You no longer have anyone else to blame. That’s very scary for many people. This is the main reason why this idea creates such hostility in some people and in some religions. It’s not that it’s inconsistent with certain philosophies —it’s just that it’s frightening.  It’s much easier to have a devil or a god to blame everything on.  Hence, the emphasis in many religious teachings on Satan, the Devil and so forth.

The good news is, that even though we are responsible for creating the unpleasant things in life (and this, too, is determined by interpretation), we are also responsible for creating the good things in our life.  This is wonderfully liberating!  For what soon follows is the realization that you can consciously —with full awareness— deliberately create a better life for yourself and those around you.  And what soon follows this realization is the increasing ability to put into action the power of this awareness in our daily lives.  It may happen in small increments —at first.  This is what I’ve noticed to be true in my life:  it does get easier and becomes more apparent in one’s life the more one practices the true teachings —as in what follows in the article below.  Life can and does become more interesting, more beautiful and more fun.  Namaste.

In his bookThe Twelve Conditions of a Miracle, Dr. Michael Abrams retranslated portions of the Bible and in working with the original ancient Greek he discovered layers of information that had not been revealed in contemporary translations. He believes that the author of the original composition embedded a subtext within the subtleties of the Greek language that tell us the techniques for manifesting miracles.

A map for creating miracles really exists, according to Dr. Abrams, and it can be found in the Gospel according to St. Matthew.

The Twelve Conditions for a Miracle

1. The first condition is Emptiness. It involves establishing a condition of stillness, a vacuum. Nature rushes to fill a void.

A vacuum is a very special situation. Because it is empty, it possesses the tremendous potential to be filled. Like a magnet, a vacuum exerts a force that pulls things inexorably toward it. The less a vacuum contains —the emptier it is— the more powerful the attractive force it exerts on the surrounding world.

2. The second condition is Alignment. This means getting your own life and intent to move in the same direction as the universe. This means swimming with the current to its final destination.

Evaluate your dream in terms of whether it will harm you or hinder your progress to a state of compassion. Adjust your course —shift your goal so that you are in alignment with the flow of the universe.

3. The third condition involves Asking. If you know what you really want, and how to ask for it, the universe will fulfill your request with startling accuracy.

Never attempt to ask for anything that is not organically connected to such a higher purpose.

4. The fourth condition involves Maximizing. Expansion of food, that fed the multitude, is an expansion of what already exists, not materialization from nothing.

The universe is very careful. It hates waste. Those who use its precious energy with appropriate gratitude and care are invariably rewarded. Conversely, if you don’t use your gifts, you can expect to lose them.

5. The fifth condition involves Giving. The act of giving relieves congestion and stimulates the flow and increase of resources.

6. The sixth condition involves Grounding, at a physical and metaphysical level. As in electrical power, if a circuit is not grounded, currents cannot flow through it.

The power of the current that flows through you will be directly proportional to the strength of your conviction.

7. The seventh condition involves Seeing or visualizing. Unless the desired end is clearly seen, it cannot be reached.

Even as "the worst" transpires in livid detail before our very eyes, it is an important part of our whole purpose as human beings to learn how to see "the best." That is one of our greatest and most important tasks as humans.

8. The eighth condition is Gratitude. When a human being is in a state of true gratitude, the fabric of time and space is favorably altered.

Divine intelligence generally won’t go too far out of its way to provide for you in a miraculous way if you are negative and complacent about the gifts you have already received.

9. The ninth condition involves Acting As If. A person enacting a miracle acts as if the miracle has already occurred. Jesus didn’t wait for the bread and fish to multiply —he began to feed the people with what he had.

Spirit helps those who help themselves. The universe funnels its energy into the lives of those who act, those who work, those who make an effort to actually get things accomplished.

10. The tenth condition involves Engaging the Cycle. Energy flows in a cycle or circuit throughout the universe, from the microscopic to the astronomical plane. Only when a person works with a circularity of flow can miracles occur. What goes around comes around.

Every enlightened person in history has tried to tell us that we receive as we give. It will always be true: What goes around comes around.

11. The eleventh condition is Receiving. Often we believe that receiving or accepting what the universe gives may be the easiest part, but often it is the most undeveloped aspect of our evolution. It is about being totally open to what is going to happen. Being ready and willing to accept the flow that comes towards us and enjoying it and being totally conscious of it when it comes.

Remember, Spirit abhors a vacuum. As soon as you prepare an empty container to receive, the universe will automatically begin mobilizing to fill it.

12. The twelfth condition is Recycling. When all of the people had eaten and were finished, the fragments were not left on the ground, but were gathered and recycled. All throughout our ecological and biological system nature maximizes by recycling everything it possibly can.

What happens after the manifestation has crystallized is just as important as what happens before. The flow of energy must never be abandoned once the dream becomes reality.

These conditions form a kind of engine with twelve cylinders. When all twelve cylinders fire together, the power they generate is beyond comprehension. It is a power that can change your life so drastically that you cannot —in your current state of evolution—imagine the universe that will open for you. You will see that you have the power to manifest heaven in your life here and now.