Cosmic Romance and Our Divine Identity 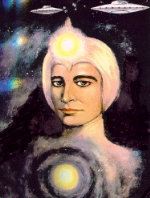 Dear Cmdr. Lady Athena, I wanted to find out whether Ashtar was married and in my search unearthed some mythological historical material about Ashtar and Athena merging. That’s powerful stuff. I also unearthed some info about too much masculine energy being destructive. Is this why the male entities merge with a female entity —to be balanced in the Yin Yang energy? I remember seeing the Star Trek movie where Vger (the computer from Voyager) merges with ‘the maker’. I got home and collapsed in cognition and longing for such an experience.

Are the current Ashtar and Athena two separate entities (two life forms) joined in covenant (known as marriage) or have they merged to become one complete being?

Thank you in advance for a reply.

Dearest Star Being, I am the "other wholeness" of Ashtar as he calls me. We are known as Biune Affinities, or Dual Origins upon our most recent home world of Venus. We would be also called Twin Flames.

Upon Venus we are married, in covenant in heart and Soul. Our wedding was once long ago celebrated upon the planet Clarion. In another dimensional manifestation within the Sirian system, we combine, twined, as one body. This is called an ardangi in Sanskrit…like the images you might have seen of Shiva-Shatkthi[better known as Shakti, N. of E.].

Within the higher Spiritual planes we are not birthed of ova and sperm but by the combining of Rays to form our unique encoding and personification. Ashtar and I are formed of the combined Rays and blending of Sananda-Nada, Jesus-Mary, Michael-Faith, Gabriel-Hope.

Each Monadic or I AM Principle is similar to a Sun with myriads of Rays. These Rays when embodied upon Earth could be called "sons" and "daughters" or Ray aspects. The Rays are identical in essence to the original Monadic Principle.

Is the sun different than its rays?  No, only in magnitude and potency. The Ray or Soul aspects may, and generally do have very different missions, however there will definitely be a similarity.

A Monadic Principle would be like the Father-Mother to these Ray aspects. The Rays will differ as to potency and function within time and space depending upon the purpose and mission they have come to fulfill. This is true for all the Masters, Archangels, Commanders, etc., and yes, each one has a Twin Flame, Twin Rays and many Soul aspects and Soul Mates.

With Monadic Principles, such as me, the Twin Flame (Ashtar, in my case) will invariably stay in the subjective or inner planes. This assures that the embodied Twin Flame will not become overly entangled or lost within the Earth’s labyrinth of thought forms and reality concepts.

Very often such ones, like me, will marry, or form strong unions with those who are Twin Rays. The Twin Ray is a direct Ray extension, or blending of Rays from one’s Twin Flame. Your other dimensional Twin Flame thus has total access to you very directly through your Twin Ray.

Twin Ray relationships are always extremely intense and powerful, rarely peaceful. These unions are characterized by a love bond which transcends human romance, family relationship, and even in many instances, gender. The passion generated in such unions forms the story line of the world’s greatest love stories. The human mental concepts grouped around romantic relationships offer no explanations to fit this otherworldly paradigm. Those of you within such joinings know exactly what I’m referring to.

Soul Mate unions with embodied aspects from inner plane star family groupings, or previous lifetimes are the most common. These are usually very compatible as the essence is so similar. Soul Mate relationships are definitely serene and comfortable, not necessarily overly passionate. Sometimes they last for a given contractual span during one’s life, or mission. Since I have experience all of these types of unions I feel quite qualified to address them.

Upon the Soul Plane we will merge as one united Star Being. In the lower worlds we separate into two bodies. In Ashtar’s and my case, I consciously experienced our merging as one unified Star. As is usually the case with Commander representatives from the High Council of the Great Central Sun Worlds, only one will embody, project a hologram, or walk into a past time cell. Thus Ashtar has stayed within the inner realms and aboard ship so to speak, while I have been sent into the physical realm.

We can also combine our Consciousness Rays into one body; and that is who I am now as Ashtar-Athena.

Initially when I began the integration process as Ashtar-Athena I embodied both Rays. Ashtar on the right half of the body, Athena on the left. Then in 1992, I chose to enter into the third dimension and to fully occupy this body as Lady Athena.

The process was very arduous and difficult, and looking back now, very humorous. It would make a great film! The power of my electronic field as Lady Athena, nearly burned my physical body to a crisp and I almost died attempting to integrate and ground these energies.

Having never incarnated upon Earth, I had zero reference points for human consciousness states and bodily requirements. Everything required an interpretation, coupled with my being instructed how to function here appropriately.

The powerful energies of love that arrived with me, sent a few, including myself, down many a merry path… as Earth paradigms collided with the celestial. Several Commanders, Atona Areyus and others, were sent in to assist in my adjustment here. Then in 1992 Dr. Solariel St. Mary-Michael was sent by Ashtar to anchor the Ashtar Command Heart Center with me.

This present body-aspect of myself on Earth is located in a past time cell, for I have come back in time from the future.

Since 1991 I have gradually descended and embodied my High Self, Soul and now Monadic Self, as Athena, merged in consciousness with my Twin Flame and Divine Counterpart, Ashtar.

I consciously stood before the Sirian High Council and was assigned this mission. It is not anything that I concocted or took upon myself. It was requested that I assume responsibility for fulfilling a specific task for the Ashtar Galactic Command and I accepted. 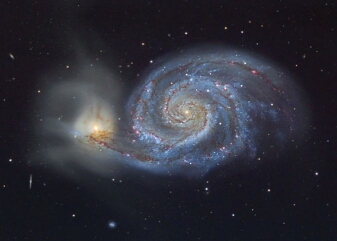 Eventually as one moves into the God Worlds, and Greater Central Sun Throne Realms, beyond the worlds of duality, all names and forms are entirely transcended. Beyond the fifth plane of Soul, form ceases to exist and creation is still in process; within the plane below the fifth creation is completed and we are but recycling history.

So if you are dizzy it is because you have been upon the Wheel of Awagawan, the Wheel of 84. Yes, Beloved, you can stop the world and get off. Now is the time to do just that!

At the fifth, or Soul Plane (also called Sach Khand and Sathya Desh) Soul appears as a sphere of Golden Light. Soul is one, and at the same time a unique individualized consciousness and manifestation of Love.

From the Soul Plane we as Spiritual Beings, can assume the appropriate form, or any number of forms. We do this as needed to enter into the various dimensional realms in serving our ongoing Divine functions. In truth there is no where that we are not….like our Divine Source, we as Spirit- Souls permeate all of existence.

We are all equally part of God, equally Divine, made in our Creator’s Image and Likeness. No Monadic Spirit is greater, nor lesser than another. We are all co-equal heirs to the Divine Kingdom, who co-rule and co- reign with Christ —as Christs.

Those who come from the Divine Throne Worlds and Great Central Sun Systems enter into Earth service through the Office of the Christ, and the Order of Melchizedek.

Within other planetary worlds we enter in through the Mahanta Consciousness, the Nine Silent Ones and the Lineage of the Spiritual Travelers or Wayshowers.

Every one of us within the Eternal, is a unique, great and glorious, immortal Being. We are the One who became the many so we could know, love and return to the One that we have always been. We were created for one purpose, for Love.

God, being Love had no otherness to love, or who could return love. Imagine, the Creator, the IT OF ITSELF—was lonely!!

If God was lonely, is it any wonder that we, made in God’s Image and Likeness, spend ages seeking love and to be loved. Ultimately we all discover that WE are the very Love that we were seeking in all those many faces and places.

We are the only “Begotten Son,” or Ray extension of God’s Love. God begot only Love —(everything else is simply the nightmare of the ego-mind.)

God spoke the Word, the Son… Soul… Christ… issued forth and everything in creation was created out of That Living Word —and God saw it was Good.

That Living Creative Word is the Light and Sound of Divine Love that is us as Spirit-Souls…. extending God’s Love.

The only Begotten Son of God is Love. God being Love can beget, or create only in His own Image and Likeness.

You are God’s Beloved Son, ( or pro-active Love ) in whom He is well pleased. 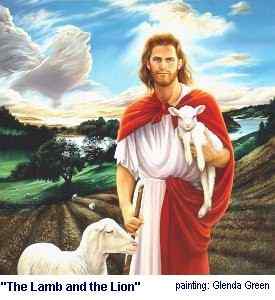 Jesus came simply to embody the Principle of pure endless, eternal, immortal Love. He came to reveal that we, as embodied Spirit-Souls, are that Love as well. That within our loving, we fulfill all the laws and all the directives of the Prophets.

As we continue to manifest that loving we enter into Christ (Consciousness) and He enters into us, and we merge into one unified Star Being… the Soma Christou… the Body or Bride of Christ, Church of Christ, Collective Messiah, Group Avatar, the One Love. Welcome Home.

You have now returned to the Creator who Spoke you into existence as the Bhagavad-Gita, Gita…. the Song of God.

We are God’s Song of Love, God’s Face in mirrored reflection throughout creation. That is who Ashtar and Athena and you and your Twin Flame and everyone is.

In God realization you don’t lose your individuality you simply see every individual as your one and only Self.

I hope this definitive will serve in answering and clarifying the questions you’ve asked.

Each Teacher or Master and every thought system will have their own cosmology, terminology, Hierarchical reference points, and specific Spiritual lineages.

Everyone’s personal experiences, conditioning, background and perception will differ. This is the Divine plan, of Unity in Diversity. No two mind sets anywhere will be identical. This true even in the case of identical twins.

The reality construct of every person is valid, for we each perceive life through the unique lens of our Soul and individual consciousness.

Our beliefs determine what we see, dream, and experience as our reality. Everything that we are capable of experiencing at any time is encoded within ourDNA-RNA.

Each one of us exists as a cell within the Mind-Heart-Body of the ALL THAT IS —Divine Source— God.

It is not a matter of who is right, it is a matter of expressing and sharing from our authentic self at any given moment in time. There will always be more to be revealed, discovered and learned. Enlightenment is eternal within an open ended, ever expanding cosmos. That being said just remember that…
IN HIGHEST TRUTH WE HAVE NEVER LEFT THE HEART OF GOD.

I am Love as Ashtar-Athena / Cmdr. Lady Athena

3 thoughts on “Cosmic Romance and Our Divine Identity”